The end of the queue for people to view Queen Elizabeth II lying in state is currently near London Bridge, according to the UK government’s live tracker. Estimates given are up 800,000 people in a line more than 7-miles-long waiting to see the Queen’s coffin/.

The queue currently is approximately 4 miles long (about 5,5 kilometers), the tracker says.

Speaking to the BBC on Wednesday, UK Culture Secretary Michelle Donelan said that the government is expecting “extremely large queues, that could go up to thirty hours.”

She added that “it won’t be thirty hours for everybody” but said that it was important people knew how long it could potentially take.

Donelan added that there will be more than 1,000 people per day on hand to help those in the queue, including from the Samaritans, the Red Cross, and the Metropolitan Police.

“I couldn’t contain my emotion,” says woman who waited for 2 days to see Queen Elizabeth II lying in state 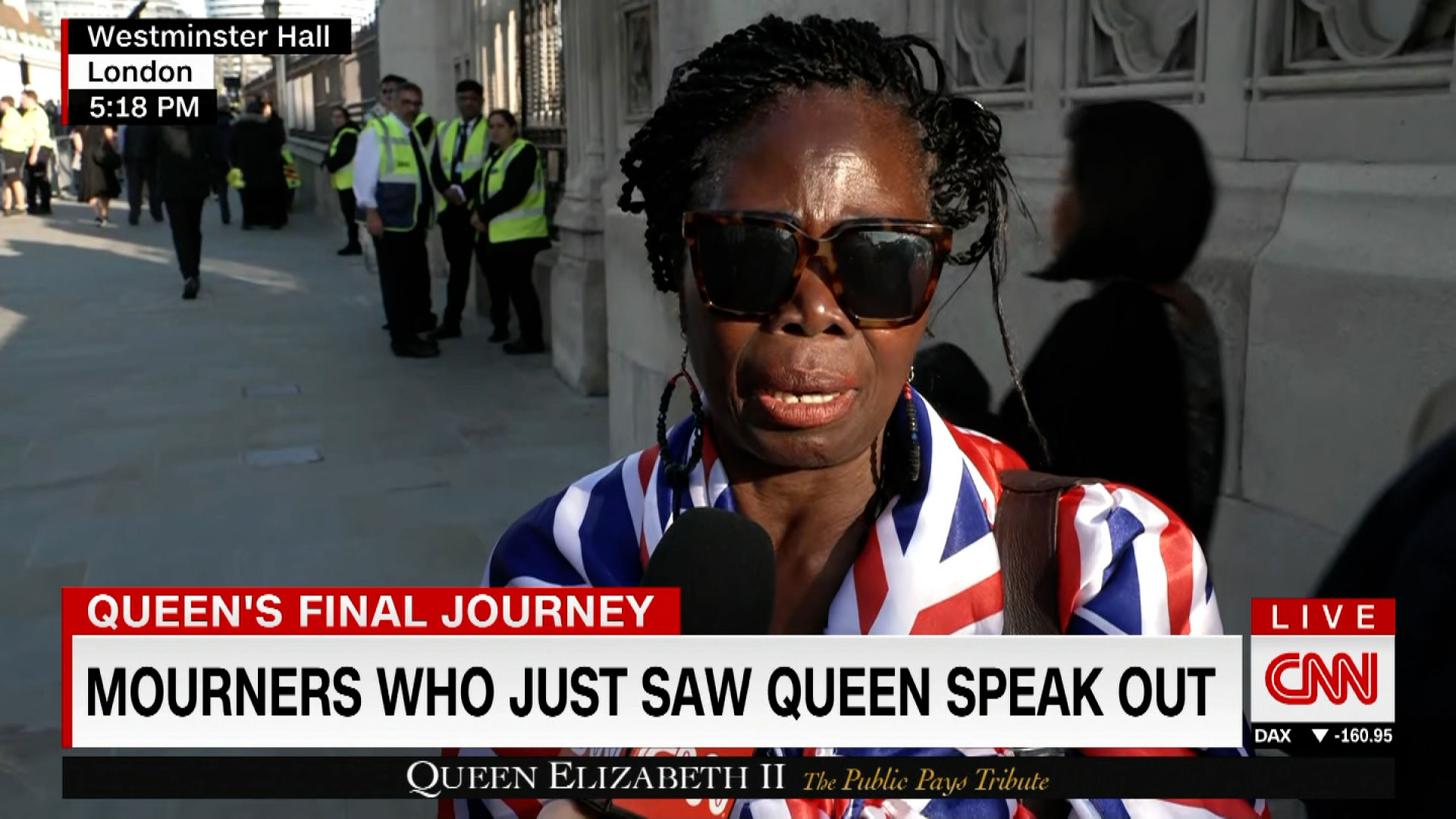 A woman who waited for two days to pay her respects to Queen Elizabeth II at Westminster Hall said she became emotional as she passed by the late monarch’s coffin.

“It’s really, really emotional. It’s so sad. It reminds me of when my mom died in Ghana, and all the family has to go around and then pay our respects and say farewell to her. I couldn’t contain my emotion. Emotion is something natural. You can’t think, it has to come out. … I was choked up and had to cry,” Grace told CNN’s Bianca Nobilo.

Grace said that all the chairs have been taken away in Westminster Hall and mourners are in a single line to file past the Queen’s coffin.

The first members of the public were seen entering Westminster Hall to view Queen Elizabeth II’s coffin lying in state after the hall was officially opened to the public at 12 p.m. ET (5 p.m. local time).

The Queen will lie in state until the morning of her funeral on Monday.