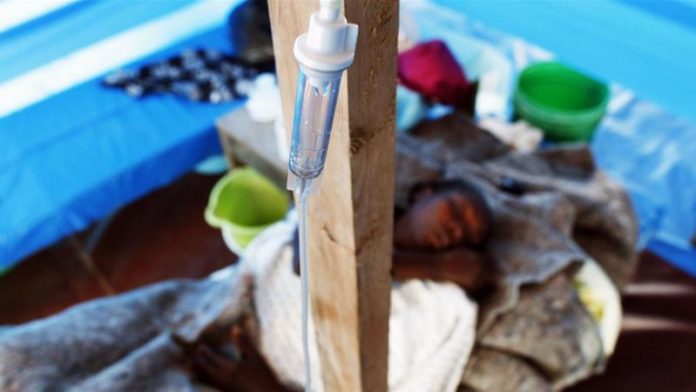 In an unprecedented move, 14 United Nations-appointed human rights experts sharply admonished the UN last month for denying justice to victims of the cholera epidemic introduced to Haiti by UN peacekeepers in 2010.

As communities around the world struggle to give meaning to the vast loss of life from COVID-19, the experts are right to draw renewed attention to this plight.

Cholera broke out in Haiti for the first time in the country’s history because the UN Stabilisation Mission in Haiti (MINUSTAH) failed to undertake basic precautions to prevent foreseeable harm. MINUSTAH deployed peacekeepers from Nepal – a country experiencing an active cholera outbreak – without adequately screening for infection, and then recklessly disposed of contaminated faecal waste into Haiti’s largest river. The official death toll from cholera stands at 9,789, though studies suggest the true toll may be three to 10 times higher. Nearly one million Haitians have been infected – a per capita toll that exceeds any nation impacted by COVID-19 so far.

It took six years of advocacy and lawsuits for the UN to pledge to address the harm suffered by cholera victims. In 2016, then Secretary-General Ban Ki-moon issued a long overdue apology for the UN’s role in introducing the disease and launched a $400m initiative to eliminate cholera and provide “material assistance” to those most affected by the epidemic.

Since then, the UN’s follow through has been “pitiful” and “deeply disappointing,” according to the experts’ statement. As we documented in the complaint that triggered the experts’ critique, the world body has raised only five percent of the amount needed, choosing to rely on charitable contributions over funding the efforts through its budget. The UN has also abandoned direct support for victims, offering only “a spate of symbolic development projects” that do not remedy the harms suffered.

While a formal response remains forthcoming, the UN’s lacklustre initial reaction indicates that it will continue to avoid the question of justice for victims, pointing instead to general humanitarian efforts to combat cholera to absolve itself. Such investments have been critical to finally get cases down to zero, but they do not fulfil the UN’s duty to provide remedies to the victims of the epidemic.

Compensation for victims is legally required. The UN’s direct responsibility for the avoidable introduction of the disease violated its agreements with the Haitian government and triggered a duty to compensate under its own legal frameworks and human rights law. The flouting of this obligation has subjected the organisation to accusations that it operates above the law.

Compensation would also save lives. Cholera robbed Haitian families of breadwinners, forced them into crushing debt to pay for medical and funeral expenses, and resulted in lost livelihoods. Without compensation for the impacts of cholera, the COVID-19 pandemic now threatens to “deal a double blow” as families are left without critical means to protect themselves from the new disease or the ability to absorb yet another economic shock.

In response to COVID-19, governments are rightly rushing to provide economic support to families suffering the fallout of the pandemic, demonstrating what is possible when there is adequate political will. This affirms the need to question the UN’s reluctance to remedy the dire losses suffered by victims of an epidemic for which it is itself responsible.

Compensating victims of cholera is in the interests of the organisation itself. The UN’s continued failure to respond justly to victims of cholera presents a protracted credibility crisis for the world body. In departing the UN, a senior human rights official recently characterised the UN’s response to cholera as possibly “the single greatest example of hypocrisy in our 75-year history“.

In this time of extraordinary global challenges and as multilateral organisations are increasingly under threat, it is more important than ever that the UN lead by example and respect human rights. Secretary-General Guterres must respond to the concerns raised in the experts’ communication by committing to fund remedies through the UN’s budget and compensate for the harms caused by the UN’s negligence