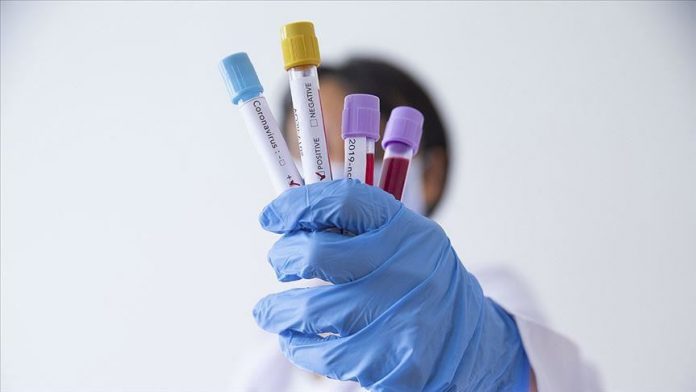 States are struggling to deliver more COVID-19 vaccines to communities of color as scrutiny increases over a racial inequity in the number of shots administered across the country.

Officials have grappled with how to fairly distribute limited supply of Pfizer and Moderna vaccines, often prioritizing the elderly, health care workers and other front-line workers for the first doses.

But state-level data reveals a racial gap in who is getting the vaccines, with Black and Hispanic people receiving far fewer COVID-19 inoculations than their white counterparts despite getting sick and dying at much higher rates.

“I think states are really facing tough choices trying to prioritize who receives the vaccine while supply is still limited, trying to balance an array of different risks like who is at risk for higher exposure and risk for serious illness or death,” said Samantha Artiga, director of the Kaiser Family Foundation’s (KFF) Racial Equity and Health Policy Program, which is tracking vaccine data by race and ethnicity released by 16 states.

“What we saw in many cases is Black and Hispanic people accounted for smaller shares of people receiving vaccinations while in contrast they accounted for a disproportionate share of cases and deaths,” Artiga said.

“There is a pretty consistent pattern showing a mismatch in who’s receiving vaccinations and who’s hardest hit by the pandemic,” Artiga said.

Experts say racial barriers and unequal access to health care are some of the reasons people of color may be experiencing higher rates of illness and death from COVID-19.

Other inequalities in access to economic resources and opportunities can also play a role, they say, with Black and Hispanic Americans disproportionately represented in jobs that increase their risk of exposure to the virus compared with those who are able to work from home.

The disparate effect that the pandemic has had on minority populations in the country is well documented. According to The COVID Tracking Project, Native Hawaiian/Pacific Islander, American Indian/Alaska Natives, Hispanic and Latino, and Black people are disproportionately contracting the virus compared with white and Asian people. Meanwhile, Black people are more likely to die of COVID-19 compared with other racial and ethnic groups.

Despite the higher risks, data shows communities of color are being vaccinated at lower rates than white people.

In Washington, D.C., where racial minorities make up most of the population, officials have acknowledged the issue and presented a solution, but it’s unclear if the strategy is working.

LaQuandra Nesbitt, director of the D.C. Department of Health, said Thursday in a press conference that the District’s vaccine distribution has been focused on “reaching the vulnerable populations of racial and ethnic minorities” but also noted that 28 percent of the city’s doses have gone to residents who are white, with just 15 percent going to Black residents.

District Wards 7 and 8, which have the largest Black populations in the city, also have the lowest percentages of residents who have been fully vaccinated.

The KFF analysis found the share of vaccinations among Black and Hispanic people is smaller than their share of cases and deaths in most of the 16 states reporting that data.

Some states and cities are also considering prioritizing people of color in the next rounds of vaccinations or directing vaccines to predominantly Black neighborhoods but are sometimes running into political opposition or questions about legality.

Oregon’s Vaccine Advisory Committee considered recommending communities of color be next in line for vaccinations, but the state health authority determined that would be illegal under state law. In Oregon, Hispanic people account for 6.4 percent of vaccinations so far but make up 36 percent of COVID-19 cases and 13 percent of deaths, according to KFF.

Dallas County Commissioners voted to prioritize vaccines in predominantly Black and Hispanic neighborhoods but backtracked after Texas state officials warned that plan was not acceptable and that if commissioners followed through, the county would lose some of its vaccine distribution.

The concerning vaccine administration trend has caught the attention of a group of Democratic lawmakers who on Thursday wrote a letter to the Department of Health and Human Services (HHS) urging the agency to address the issue.

“It is critical that the Black, Latinx, Indigenous, and immigrant communities that have been most impacted by this virus and have been more likely to contract, be hospitalized, and die from the disease have access to the vaccine,” Democratic Sen. Elizabeth Warren (Mass.) and Reps. Ayanna Pressley (Mass.) and Ed Markey (Mass.) wrote. “Free and equitable access to vaccines is essential to saving lives and slowing the spread of the coronavirus.”

The lawmakers also called on the agency to “work with states, localities, and private labs to collect and publish demographic data of vaccine recipients … in order to ensure policymakers can combat health disparities and ensure that resources are getting to communities hardest hit.

Several states don’t publicly release data regularly, including California and New York. Even in states that do release data, it is often incomplete. Providers regularly don’t collect the race or ethnicity data of the people they are vaccinating, a problem that existed before COVID-19 that makes it more difficult to spot disparities in access.

Collecting better data is part of the Biden administration’s national strategy to end COVID-19, but it’s not clear when that will happen. The White House also established a COVID-19 Health Equity Task Force to look at these issues.

To some extent, the federal government has already taken steps to address the racial disparities that have been exposed during the pandemic.

In September, the National Institutes of Health established the Community Engagement Alliance Against COVID-19 Disparities (CEAL). Lisa Cooper, director of the Johns Hopkins Center for Health Equity and co-chair of CEAL’s steering committee, pointed out that much of the scheduling of vaccine appointments occurs through online portals.

“A lot of what I’ve seen is that access to the vaccine requires having a computer … and internet access to go online and book an appointment somewhere, and there seems to be less in the way of just like call centers … so that people can actually answer questions about where people can go to get the vaccine, what they need to do, how they can sign up,” Cooper told The Hill.

“So I think that’s a big issue right now is if you’re not already plugged into the health care system, and if you’re not also registered into a patient portal or something like that, you don’t know how to sign up,” Cooper added.

Moreover, 2014 data from the Agency of Healthcare and Research, which is part of HHS, found that Black and Hispanic Americans are less likely to have a “usual primary care provider.”

Health officials have pushed to boost vaccine education and outreach in certain communities of color, with a Pew Research study released last month showing 42 percent of Black Americans said they would get the vaccine compared with more than 6 in 10 White and Hispanic adults.

But Cooper said the emerging problems with vaccine distribution are yet another part of the pandemic that has revealed the stark health care disparities in the U.S.

“It is concerning. … I don’t think people understand what equity means,” Cooper said. “Everybody’s focused on equality in our country, and I think that in general it’s a good thing. But I think what people don’t seem to understand is that everybody is not starting out from the same place.”

Marcus Plescia, chief medical officer at the Association of State and Territorial Health Officials, said he thinks part of the reason for wide disparities in who gets vaccinated stems from the federal government’s push for speed — getting as many people vaccinated as quickly as possible. After the sluggish start to the vaccine rollout in December, states were pushed to move faster.

The Centers for Disease Control and Prevention recommended Jan. 12 that anyone age 65 and older should be vaccinated, deviating from previous guidelines that prioritized only health workers and residents of long-term care facilities.

“I’m really frustrated we’ve opened this up and there’s been this encouragement of states to open things up and make more people eligible for vaccines,” he said.

“When you’ve got demand outstripping supply, people who have the most resources are the ones that are going to be able to get the vaccine,” he said.