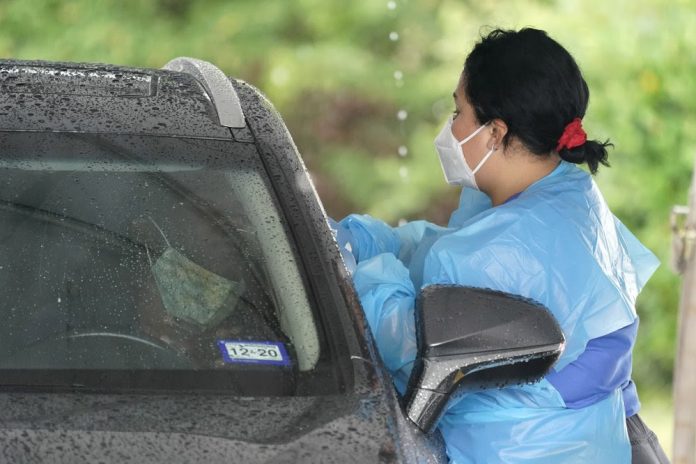 “Our best estimate right now is that for every case that was reported, there actually are 10 more infections.”

That’s how one senior U.S. health official underscored, in an arresting moment, how around 20 million Americans have been infected by the coronavirus, with millions never knowing they had it.

The news came as the Trump administration is pushing to tamp down nationwide concern at a time when about a dozen states are seeing worrisome increases in cases, report Zeke Miller and Marilynn Marchione.

Twenty million infections means that only about 6% of the nation’s 331 million people have had the virus, leaving the vast majority of the population still susceptible.

Health Overhaul: The administration has urged the Supreme Court to overturn the Affordable Care Act in the midst of the pandemic. The administration’s legal brief makes no mention of the virus. Around 20 million Americans could lose their health coverage and protections for people with preexisting health conditions also would be put at risk if the court agrees with the administration, report Ricardo Alonso-Zaldivar and Mark Sherman.

Governors: The resurgence of infections across the country has some governors retreating to measures they previously resisted. Texas Gov. Greg Abbott abruptly halted further efforts to reopen the economy and is now telling people to stay home. It comes weeks after the state was among the first to let retailers and restaurants open back up for business. Arizona Gov. Doug Ducey did the same. Paul J. Weber reports from Austin.

Poll-Reopening: After months of steady progress, new confirmed cases have climbed to around record levels in the U.S. this week. Experts blame a nation that’s become complacent, and a new poll finds evidence to back them up. The poll from The Associated Press-NORC Center for Public Affairs Research finds support for measures to slow the virus’ spread has declined from the early days of the outbreak.

High Risk: The Centers for Disease Control and Prevention has revamped its list of which Americans are at higher risk for severe illness from the coronavirus. Pregnant women are now on the list, but age alone has been removed as a factor, Mike Stobbe reports.