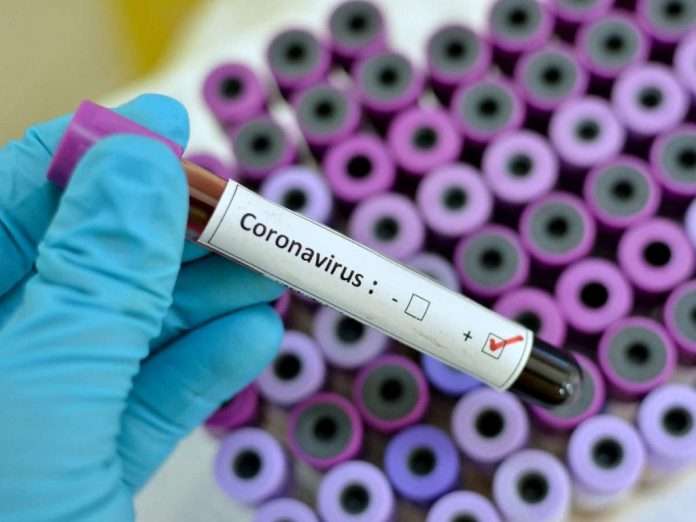 By Nathaniel Weixel and Reid Wilson

Top US public health experts and officials are developing new strategies to reach out to the conservatives most skeptical of or hesitant about receiving a coronavirus vaccine.

The efforts are targeting supporters of former President Trump, who have emerged as the most significant hurdle to widespread vaccination.

The officials and experts are making appearances on Fox News and Newsmax and taking part on panels with prominent conservative politicians to reach out to vaccine skeptics on the right.

And the public health experts are not taking an antagonistic approach either. They say many conservatives have legitimate questions about COVID-19 vaccinations that are worth listening to and answering.

“These are folks who really feel disrespected. They feel that COVID and the vaccines and the response has been politicized and weaponized, in their words,” said Tom Frieden, the former director of the Centers for Disease Control and Prevention under President Obama. “They feel deeply alienated from the government.”

Up to now, the main problem with increasing vaccinations has been one of supply and demand, but administration officials expect that to change shortly.

“We are approaching the point where we will have a sufficient supply of vaccines for everybody in the United States to have the chance to get immunized by the end of May,” Francis Collins, director of the National Institutes of Health (NIH), said in an interview with The Hill on Wednesday.

At that point, convincing skeptical conservatives to get a shot could mean the difference between the U.S. achieving herd immunity and resuming normal life or variants of COVID-19 getting second and third winds, leading to new lockdowns or restrictions on life.

As Collins puts it, “the hesitancy will begin to become the defining factor on whether we reach herd immunity or not.”

“I think that means this has to be the moment where we really pull into this conversation all of the trustworthy voices,” he added.

The underlying mistrust comes after a year in which Trump and his allies played down the severity of a virus that has killed more than half a million Americans already.

Circumstances have conspired to allow that skepticism to grow: The coronavirus arrived later in more rural, conservative enclaves than it did in liberal metropolitan areas like Seattle, New York and Detroit, giving some the sense that they had been locked out of the economy to protect against a virus that was not yet present in their community.

Julie Morita, executive vice president of the Robert Wood Johnson Foundation, who advised the Biden transition team on COVID-19 issues, said she has been surprised to see how political vaccine hesitancy has become.

In the past, Morita said, public health officials have focused on race and ethnicity. “We didn’t really look at politics or political affiliation,” she said.

Morita said her message remains the same, but that she has had to focus on where to deliver it. She recently co-wrote a Fox News op-ed answering some of the common questions about the available COVID-19 vaccines and urging people to get the shots when they’re available.

“Whether you’re a community of color, or whether you’re a conservative, these are the questions that people ask and want to have the answers to before they get vaccinated,” Morita said. “I don’t feel like that’s a shifted message as much as maybe we’re just able to get it into a more conservative news outlet.”

Convincing a group of people who did not vote for the president presents a challenge to a Democratic administration. So President Biden has been outsourcing the message.

Appearing on Hugh Hewitt’s radio show this week, Anthony Fauci, the director of the National Institute for Allergy and Infectious Diseases, said he doesn’t shy away from conservative outlets that may not be friendly.

“I say yes to a wide variety of requests. I’ve been on Fox multiple times, so I don’t shy away from that, no,” Fauci said.

Health officials are increasingly convinced that successful messaging is not going to come from politicians or government officials but from doctors, clergy and trusted community leaders.

The groups, first reported by The Washington Post, showed vaccine-hesitant conservatives were not swayed by Republican politicians like House Minority Leader Kevin McCarthy (Calif.) or former New Jersey Gov. Chris Christie — or even by Trump himself.

Instead, Frieden said, the message that moved the hesitant to the accepting hit closer to home: Their doctors took the vaccine when it was offered.

“You listen to the audience, you understand where they are and you address their concerns. And that’s the same thing we have to do for Trump voters who are reluctant to get vaccinated or African Americans or Latinx or vegans who don’t want to get vaccinated,” Frieden said.

Morita said she thinks the same efforts and resources that go into convincing communities of color should also be directed at conservatives.

“High-level government officials espousing the importance of vaccines and sharing their experiences with it is really important but it’s not sufficient,” Morita said.

Support for Trump and a distrust of the government is not the only reason conservatives might be reluctant to accept the vaccine. Many are concerned about how quickly the vaccines were developed.

Still others object on religious grounds, which is where Collins, the NIH director, comes in.

A devout Christian who is open about his faith, Collins has become an ambassador to the faith community. He spends hours a day talking to faith leaders, assuring them of the vaccine’s soundness and science.

Collins told The Hill he frames the decision to get vaccinated in religious terms.