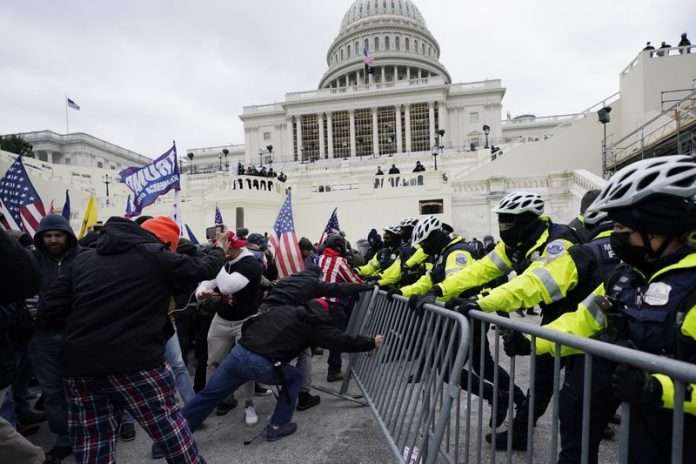 Forbes– Preparing for the worst after this month’s deadly attack on the U.S. Capitol, states across the country which had been warned of potential violence outside their capitol buildings on Inauguration Day saw little—if any—protest activity on Wednesday.

In the end, the 25,000 troops moved into Washington DC to confront possible trouble, had little to do except direct traffic and check press passes.

At least 10 states activated National Guard troops to protect their Capitol buildings after the FBI warned of plans for “armed protests” at all 50 state capitols and in Washington, D.C.

However, large groups of protesters and militias were nowhere to be seen in D.C., where the downtown area was mostly locked down and swarmed with thousands of National Guardsmen, as President Joe Biden and Vice President Kamala Harris were sworn in.

Local reporters at Capitol buildings in at least five other states similarly struggled to find more than a couple of protesters.

“We have one lone demonstrator at the Montana State Capitol so far,” Thom Bridge, the multimedia editor for the Helena Independent Record, wrote on Twitter around midday. “He’s the only one who has showed up all day,” Bridge later told Forbes.

Statehouses across the country saw a similar lack of activity over the weekend, though there appeared to be a greater show of armed protesters than there has been so far on Inauguration Day. Online, supporters of President Trump who subscribe to the bizarre QAnon conspiracy theory appeared defeated and desperate as their belief that Trump would finally bring down the “deep state” and its cannibalistic child sex trafficking ring never came to fruition.