BASSETERRE, St. Kitts — It has come to the attention of the Government of St. Kitts and Nevis that the United States Department of Justice has indicted Malaysian financier Taek Jho Low, also known as “Jho Low,” for conspiring to launder billions of dollars in illegal proceeds and to pay hundreds of millions of dollars in bribes to various Malaysian and Abu Dhabi officials.

On June 8, Malaysian Prime Minister Mahathir Mohamad announced that Malaysia was seeking to arrest the financier, who was believed to be residing abroad.

Prime Minister Dr. the Honourable Timothy Harris’ administration took the decision, out of an abundance of caution, to deactivate Jho Low’s St. Kitts and Nevis passport through Interpol in June.

Before an application is approved, the Citizenship by Investment Unit (CIU) under Team Unity does, inter alia, a broad check of media and criminal databases. It also checks sanctions lists and makes a determination whether there are serious or pending legal, regulatory or political matters that would require consideration.

The successful reforms engineered by the Team Unity Government in the past three years have been rewarded by the Citizenship by Investment industry, which recognizes it as the platinum brand.

The 2017 Russian Global Citizen Awards Ceremony recognized St. Kitts and Nevis’ CBI product as the World’s Most Innovative Investment Immigration Programme, in acknowledgement of its longstanding contribution to the economic citizenship industry since being established in 1984.

Moreover, St. Kitts and Nevis’ CBI Programme continues to be the leading programme in the Caribbean, having achieved the number one ranking in the Organization of Eastern Caribbean States (OECS) in a January 2018 quality of passport index survey administered by Henley & Partners, a global citizenship and residence advisory firm.

Tourism Officials Seek to Consolidate Gains in Stay Over Arrivals 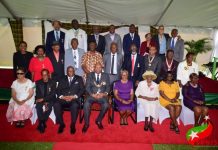 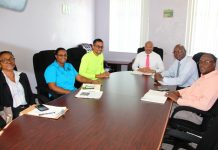