NEW YORK, April 22 (Reuters) – A U.S. judge on Friday ordered the detention of former Honduran President Juan Orlando Hernandez, in Hernandez’s first court appearance after being extradited to the United States on drug and weapons charges.

Hernandez used the money to enrich himself and finance his political campaigns, in return for protecting traffickers from arrest and giving them access to law enforcement information, according to an indictment unsealed on Thursday in federal court in Manhattan.

Hernandez has strongly denied the allegations, portraying himself as a fierce opponent of drug cartels and accusing traffickers of smearing him to extract revenge and lighten their sentences.

At a virtual hearing, he wore a blue jacket and glasses, and sat in front of a white wall while holding a phone to his right ear to listen to his Spanish interpreter.

He shook his head sideways as U.S. Magistrate Judge Stewart Aaron described the charges, and through the interpreter said, “yes, your honor” when Aaron asked if he understood them.

Hernandez, who prosecutors said is being detained in the New York area, is expected to be arraigned on May 10.

His U.S.-based lawyer Raymond Colon agreed to his client’s detention until then, pending a possible bail application.

Hernandez’s younger brother, former Honduran congressman Tony Hernandez, was sentenced to life in prison in March 2021 after being convicted in Manhattan on federal drug trafficking charges.

U.S. President Joe Biden has focused on tackling corruption in Central America, with an eye toward stemming the tide of migrants from the region to the United States. 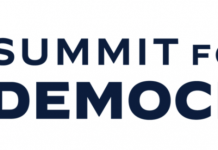 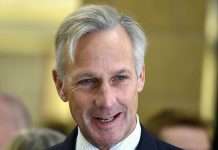 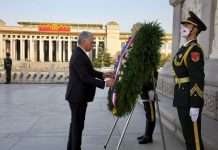