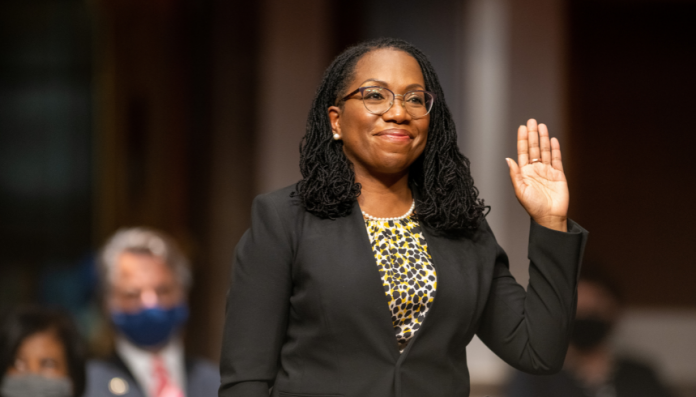 Ketanji Brown Jackson was sworn in as a Supreme Court justice Thursday, making her the first Black woman on the nation’s highest court.

Roberts said a formal investiture ceremony will be held for Jackson in the fall, but her swearing-in Thursday enables her to get to work on the court in the meantime