Police in the US city of Pittsburgh are investigating how seven people all wearing orange wristbands were involved in an apparent drug overdose.

Three have died and the other four are in conditions ranging from serious to critical. Five were found in a flat, one in a lift and one on the street.

Police initially described it as a fatal “medical situation”.

Pittsburgh director of public safety Wendell Hissrich said all the victims were believed to be middle-aged men.

Officers also found “multiple venues” that gave out orange wristbands for events in the city. It is not yet known which of those events, if any, is linked to this incident.

A police statement said: “The victims… appear to have been at the same venue together, and then to have gone to a second location at a private residence where they apparently overdosed on drugs. The victims all took the narcotics at the same time and in the same location.

“To be clear, this was not a case of a tainted drug being passed around or distributed in large volume at a large venue which could have affected even more people. It appears to have been isolated to a single location.”

It added that there is, however, concern about “a tainted, potentially deadly batch of drugs in the community”.

One man was found on 26th and Carson streets and taken to hospital. Another was found in a lift at Southside Works City Apartments. He later died.

Information led police to the flat, where another two men were found dead and three more were discovered needing hospital treatment.

“We have no indication there was a party there,” Mr Hissrich said of the flat, adding that the building’s air quality had been checked and there was no abnormality. 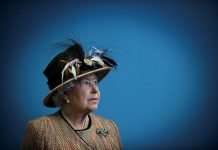 Elizabeth’s 70 Year Reign: Things Aren’t As They Used to Be 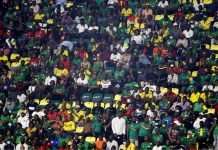