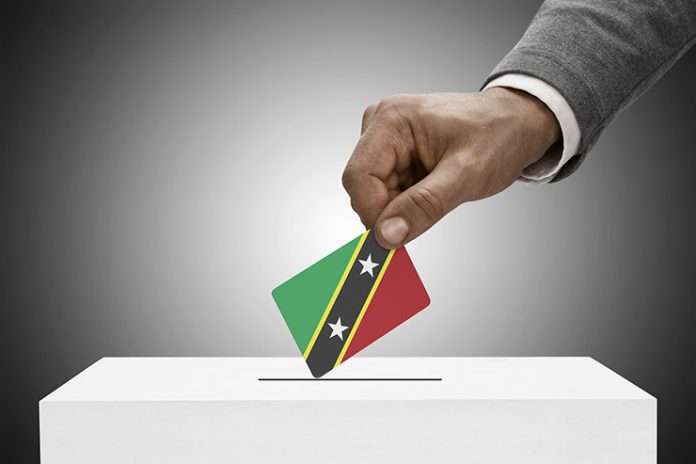 The United States congratulates the people of Saint Kitts and Nevis on their August 5 election and the Honorable Dr. Terrance Drew on his victory as Prime Minister.

We look forward to working with Prime Minister-elect Drew to further strengthen the U.S.-Saint Kitts and Nevis relationship and move our nations toward a brighter future.

The Electoral Observation Mission of the Organization of American States, led by the former Prime Minister of Jamaica, Bruce Golding, congratulates the people of Saint Kitts and Nevis on their peaceful and responsible participation in the general elections of August 5, 2022.

The OAS Mission comprised 11 experts and observers from nine countries – three of whom worked virtually. On Election Day the team was present in all of the 11 constituencies of Saint Kitts and Nevis and visited 100% of the 128 established polling stations. The Voters’ List provided by the Electoral Office indicated that 50,933 persons were eligible to vote – 38,015 voters in Saint Kitts and 12,918 voters in Nevis.

Members of the Mission observed the process from the opening of the polling stations to the closing of polls and reported that the day proceeded in a generally orderly and peaceful manner. At the end of the day, the Mission observed the tabulation of ballots and the transmission of results at five counting centers in Saint Kitts. OAS observers reported that polling stations generally opened on time, and that poll workers, along with the required equipment and materials, were present in all locations. The majority of election officials encountered – most of whom were women – were knowledgeable about their duties and executed them in an efficient manner. While the Mission’s members observed notable exceptions in one constituency, where first-time Presiding Officers struggled with the processes to be followed and only opened their polling stations after 8:00 AM, these experiences were not typical.

The Mission observed long lines in many locations in the morning, which continued in some instances through the midday hours. The presence of only one voting booth in each polling station, and the practice of taking a single voter through the entire process before admitting another, did not allow voters to be processed very quickly. In general however, people waited patiently to cast their ballot.

The Mission noted that the spaces in most polling stations were adequate and allowed for the secrecy of the vote. In some cases though, conditions were quite cramped. Members of the Mission welcomed efforts by the authorities to prioritize voting for the elderly, persons with disabilities and women who were pregnant or accompanied by young children.

In many places there was very little or no signage either outside or inside polling locations that could assist voters in identifying their assigned polling stations. While special election officers were present at some locations to guide voters to their correct polling place, this did not occur in all instances. Multiple voters shared with the Mission that they had simply joined the lines at their usual polling place in the hope that they would be able to vote once they arrived at the head of the line.

At the end of Election Day, the Mission observed the process of sealing the ballot boxes at the polling stations and transferring them to the counting centers. The Mission noted a range of experiences across the 11 constituencies in this regard. In some locations polling stations closed promptly at 6:00 PM, with no voters remaining in line. In other locations long lines of voters remained at the official close of poll. In Constituency 2, voting was only completed, and the ballot box sealed after 10 PM, with the result that the tabulation process for that constituency did not commence until close to midnight on election night. The results for the first seat declared in the 2022 poll – Constituency 10 in Nevis, the constituency with the least number of polling stations and voters (845 votes cast) – were only available at 12:45 AM, almost seven hours after the close of polls.

The vote tabulation process in Saint Kitts and Nevis, where all ballots for a constituency must be transported to and counted by the Returning Officer at a single location, can result in extended delays in the determination of results. Past OAS missions to elections in the Federation have consistently recommended electoral reform that allows ballots to be tabulated by the Presiding Officer at each polling station, immediately following the close of the poll. This has not occurred to date.

Members of the Mission depart Saint Kitts and Nevis today, August 6. However, a small team will remain in the country as the final stages of the electoral process are completed. The Mission will subsequently issue a more comprehensive report, with its preliminary findings and recommendations.

The Mission thanks the Government of Saint Kitts and Nevis, particularly the Ministry of Foreign Affairs, the Electoral Commission and the Electoral Office, and all stakeholders with whom it met, for their willingness to engage with the Mission and share their perspectives on different aspects of the electoral process. The Mission also wishes to thank the governments of Italy, Peru, the Netherlands and the United States for their financial contributions which made this Mission possible