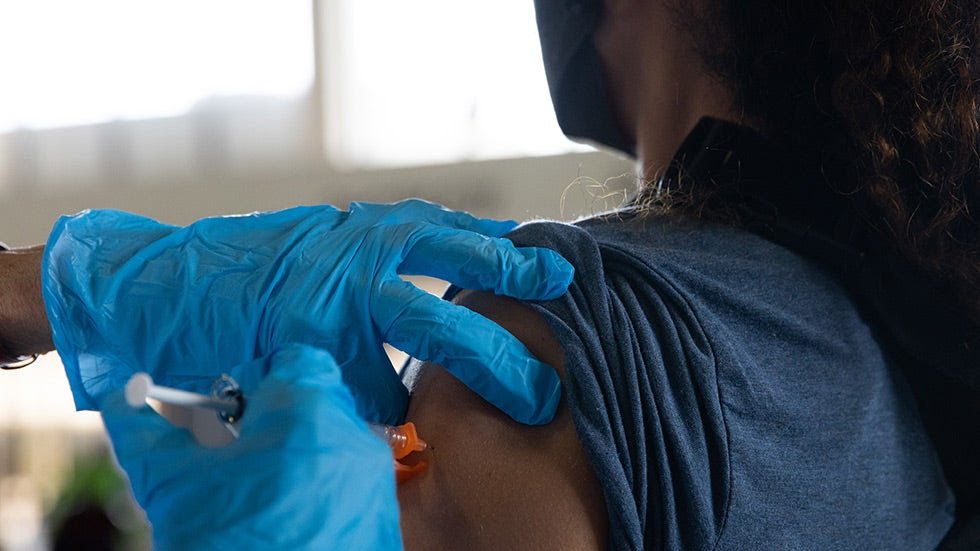 What the votes mean: The vote brings recommendations for Moderna recipients in line with those who got the Pfizer-BioNTech vaccine and opens up opportunities for Johnson & Johnson recipients to get another shot.

The panel did not take a position on whether any vaccine booster was better, and did not recommend giving people the flexibility to mix and match, after the Food and Drug Administration (FDA) amended its emergency use authorization to permit mix-and-match booster doses. The panel was not able to express a preference for people using a different brand for a booster, but they asked CDC to give more details in clinical guidance. So mixing and matching will be allowed, but there wasn’t an official recommendation.

What’s next: CDC Director Rochelle Walensky will next consider the committee’s suggestions before ruling on these boosters.

If she approves the other two booster populations, about 99 million Americans in total will be considered eligible to get a booster. ​​The director generally goes along with the recommendations, but she overruled aspects of the committee’s decision in a rare departure on the Pfizer booster.

India: A Billion COVID 19 Shots Given

India has reached a milestone in its COVID-19 vaccination campaign: 1 billion COVID-19 vaccine doses have been administered. Now, half of the country’s nearly 1.4 billion people have received at least one dose of the vaccine, and many of those shots have come in the past few months, following a slow initial roll out. Still, millions of Indians are yet to receive a single dose of the jab.

Russia is another Matter

Meanwhile in Russia, Moscow announced a new set of restrictions that will shut down restaurants, cinemas and non-food stores, as the country hit a new record in the daily numbers of new coronavirus infections and deaths since the start of the pandemic. About 45 million Russians are fully vaccinated in a country with a population of 146 million. 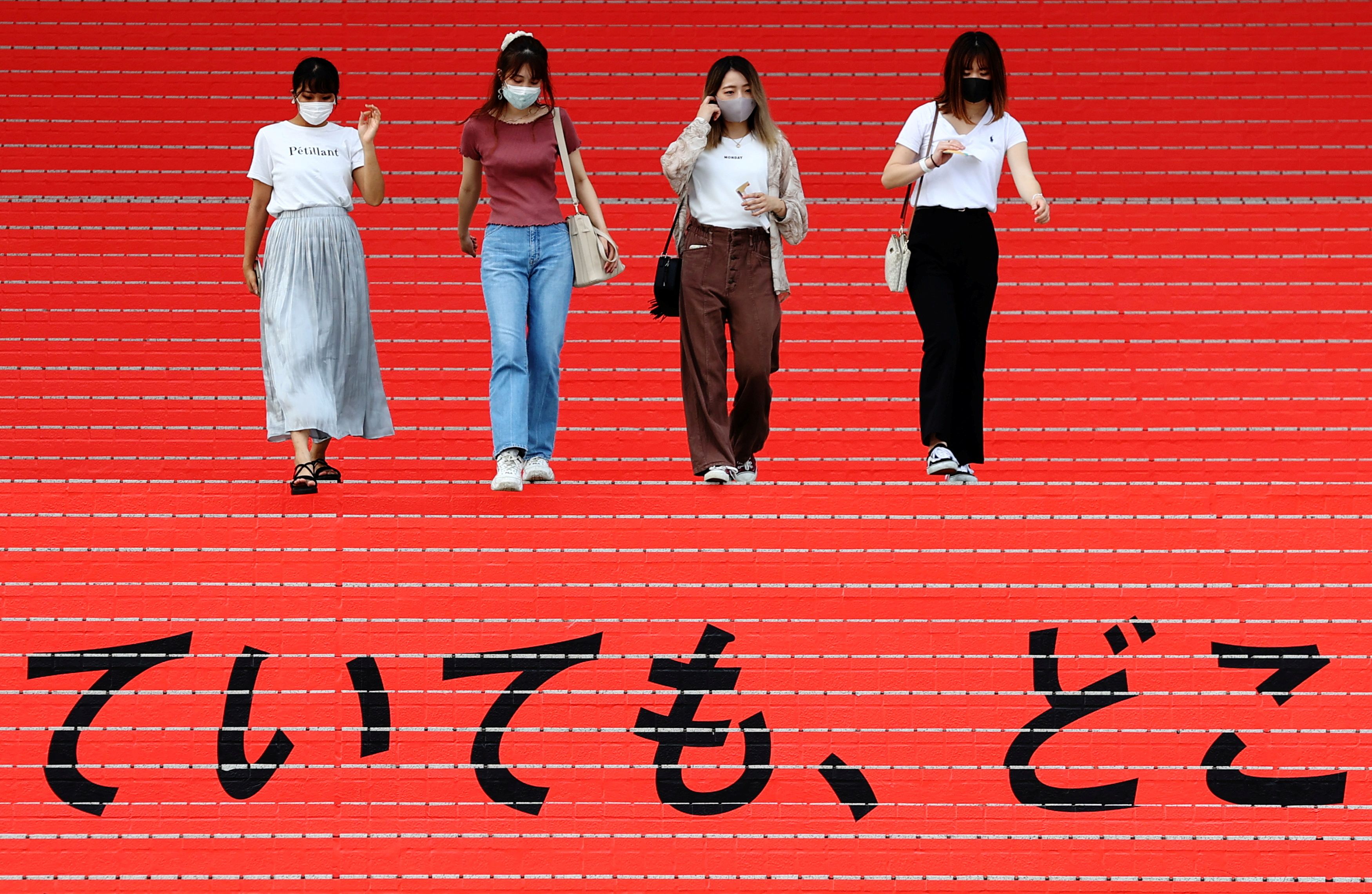 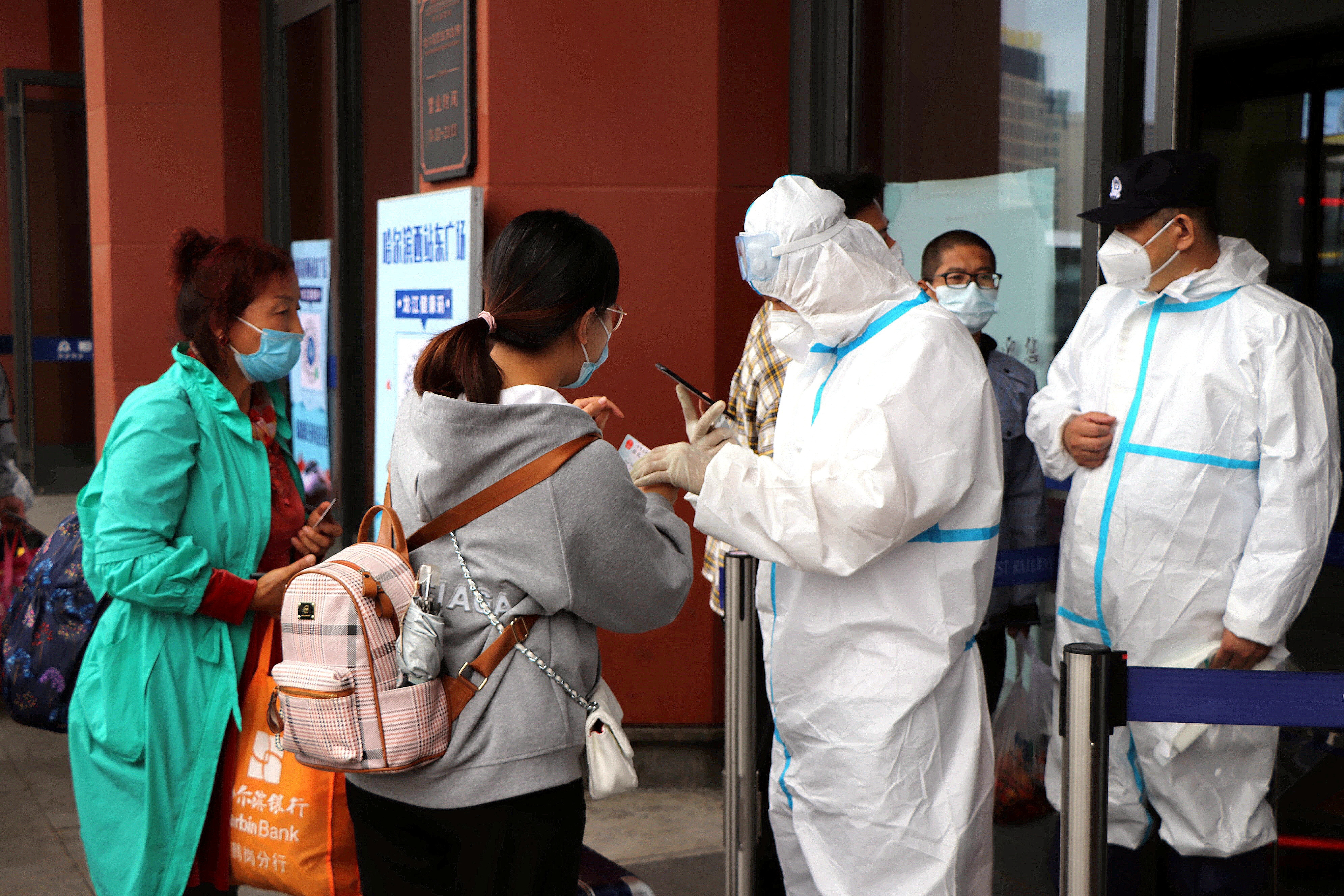 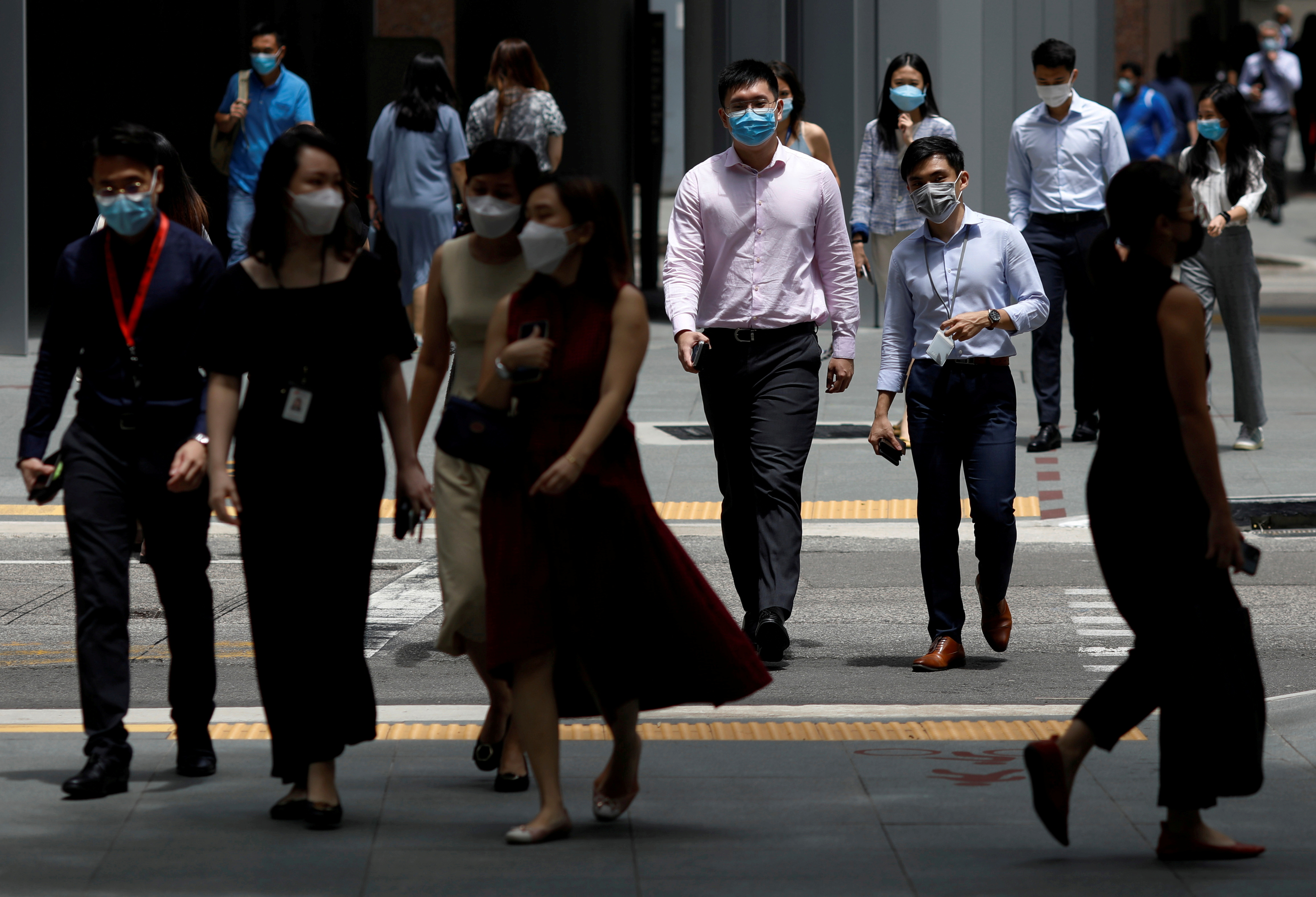 Staff members in protective suits check proof of negative test results for travellers at an entrance to the Harbin West Railway Station following new local cases of the coronavirus disease (COVID-19) in Harbin, Heilongjiang province, China September 22, 2021. cnsphoto via REUTERS ATTENTION EDITORS – THIS IMAGE WAS PROVIDED BY A THIRD PARTY. CHINA OUT.

Melbourne residents flocked to the city’s pubs, restaurants and hair salons in the early hours of Friday after the world’s most locked-down city emerged from its latest spate of restrictions designed to combat the spread of COVID-19.

People were seen cheering and clapping from their balconies, while cars honked horns continuously at 11:59 p.m. on Thursday when lockdown restrictions in place since early August ended. Many venues, including food outlets and even haircutters, opened at the unusual hour for the occasion. read more

Hong Kong authorities stopped “Spectrum of the Seas”, a Royal Caribbean cruise ship, from departing its terminal late on Thursday on a “cruise to nowhere”, as a crew member was suspected to have COVID-19 after routine testing, the government and the cruise operator said.

About 1,000 passengers out of a total of 1,200 had already boarded the ship before the four-night trip was cancelled. All have to undergo compulsory testing but were allowed to leave the ship as they did not have direct contact with the crew member. read more

The U.S. Centers for Disease Control and Prevention (CDC) on Thursday recommended the COVID-19 vaccine boosters for recipients of the Moderna Inc and Johnson & Johnson shots, and said Americans can choose a different shot from their original inoculation as a booster.

The panel struggled with trying to make the language of its recommendations as clear as possible, and also offer flexibility for patients to get a vaccine of their choice.

“A really important aspect of all of this is being clear and not dancing on the head of a pin, so that we don’t further confuse the American people,” said Dr. Beth Bell, a panel member and clinical professor in the department of global health at the University of Washington in Seattle. read more

The 46 countries include Britain, the United States, China, Singapore, Germany and Australia, according to the ministry of foreign affairs.

Prayuth said the visitors could skip mandatory quarantine as long as they arrive via air, have been fully vaccinated and have a document to show they are virus-free. read more

New Zealand will end its strict lockdown measures and restore more freedoms only when 90% of its eligible population is fully vaccinated, Prime Minister Jacinda Ardern said on Friday. Some 68% of eligible New Zealanders are fully vaccinated and 86% have had one dose.

When the vaccine target is reached, the country will move into a new traffic-light system to manage outbreaks in regions.

Vaccine certificates will be central to the new system, which will also use three settings – green, orange and red – to manage fresh outbreaks and cases, Ardern said. The new system would also mean an end to nationwide lockdowns. read more