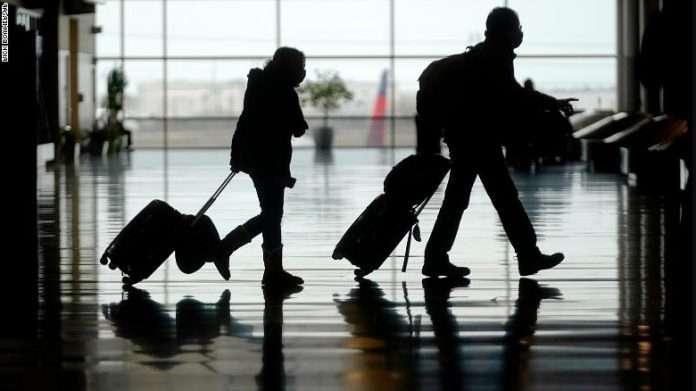 by Nathaniel Wexel
The Hill

The United States will lift border restrictions for fully vaccinated international travelers beginning Nov. 8, according to the White House.

The policy will be effective for both land borders and air travel.

“The US’ new travel policy that requires vaccination for foreign national travelers to the United States will begin on Nov 8. This announcement and date applies to both international air travel and land travel. This policy is guided by public health, stringent, and consistent,” White House assistant press secretary Kevin Munoz said on Twitter.

Restrictions on international travelers have been renewed monthly since the beginning of the pandemic in March 2020, even as other countries have opened up their borders to fully vaccinated Americans.

The Biden administration on Tuesday said it would lift restrictions at its land borders and ferry crossings with Canada and Mexico for fully vaccinated foreign nationals in early November.

Unvaccinated travelers will still be prohibited from traveling to the United States by land for nonessential reasons until January.

Beginning in early January, any foreign national travelers crossing the land borders must be fully vaccinated, whether coming for essential or nonessential reasons.

A similar policy for international air travel was announced last month, when the White House said it would allow fully vaccinated travelers from 33 countries, including China, Brazil and most of Europe.

All foreign visitors must be vaccinated against COVID-19, and must show proof of vaccination before boarding a U.S.-bound airline. They must also provide a negative test taken no more than 72 hours prior to flying.

People traveling from Mexico or Canada do not need to show a negative test.

The administration will leave it up to the Centers for Disease Control and Prevention to determine which vaccines qualify. According to an administration official, the agency has already informed airlines that all Food and Drug Administration approved and authorized vaccines, as well as all vaccines recognized by the World Health Organization, will be accepted for air travel.

Biden administration officials in June formed working groups with Canada, Mexico, the European Union and the United Kingdom to weigh when to lift international travel restrictions, and in mid-July it seemed the administration was close to announcing a change. But as the delta variant spread and infections rose, the administration said the closures would remain in place.

Now, rather than a patchwork of bans based on different countries and their COVID-19 infection levels, the new policies will be based on individuals.

Experts have said picking and choosing countries based on infections is arbitrary because the disease is already entrenched in the U.S.