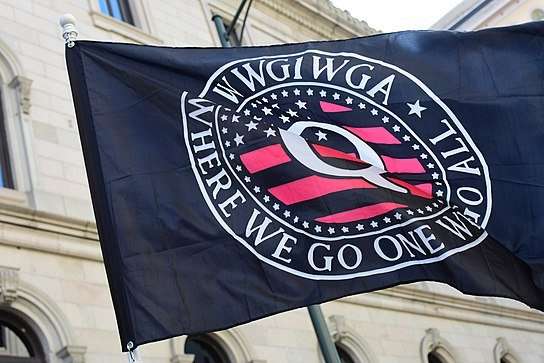 Alarming revelations of threats to the Capitol and members of Congress prompted House Democratic leaders to wrap up their legislative work for the week on Wednesday night, underscoring the security concerns that remain nearly two months after the Jan. 6 insurrection.

The immediate threat is intelligence related to a possible plot by a militia group to attack Athe Capitol on Thursday. Followers of the QAnon conspiracy theory believe former President Trump will be reinaugurated on March 4, a traditional date for presidential inaugurations until 1933. Capitol Police said they were enhancing their security posture in response to the threat.

The House had been scheduled to be in session to vote on a police reform bill. But Democratic lawmakers and aides confirmed that the House would instead take up the police legislation on Wednesday night, along with a sweeping voting rights and election overhaul package, in response to the threat outlined by Capitol Police.

The Senate, meanwhile, is still expected to be in session on Thursday to consider the $1.9 trillion COVID-19 relief package.

The new threat came as lawmakers learned more about the ugly mob attack on the Capitol that left physical and psychological scars on Capitol Hill.

In the Senate, the head of the D.C. National Guard testified that the Pentagon slow-walked efforts to deploy troops to respond to the Jan. 6 insurrection, underscoring the need for major changes to security protocols.

Acting Capitol Police Chief Yogananda Pittman testified before members of the House Appropriations Committee that threats to members of Congress are “through the roof.”

Pittman said that threats have increased by 93.5 percent in the first two months of 2021 compared to the same period a year ago.

She also told a House Appropriations subcommittee that the intelligence related to the QAnon threat is “concerning” but assured lawmakers that “we are prepared to respond appropriately.”

Questions have lingered about the inadequate security preparations ahead of the Jan. 6 incident.

D.C. National Guard chief William Walker testified at a Senate hearing that he could have had another 150 National Guard members to the Capitol within 20 minutes on Jan. 6, but he was hamstrung by an “unusual” letter from the Pentagon’s higher ups.

Walker said a Jan. 5 letter from then-Secretary of the Army Ryan McCarthy, an appointee of former President Trump, restricted his ability to deploy the Quick Reaction Force without approval. The entire process of activating the guard took more than three hours that day.

“I would have sent them there immediately as soon as I hung up,” Walker told lawmakers on the Senate Rules Committee and Homeland Security and Governmental Affairs Committee when asked how he would have responded if he did not need to seek approval.

“My next call would have been to my subordinate commanders, to get every single guardsman in this building and everybody that’s helping the Metropolitan Police … to the Capitol, without delay,” he said.

While the exchange is renewing focus on Pentagon leaders, it also reinforces concern from lawmakers that the Capitol Police Board, composed of both the House and Senate sergeants-at-arms and the Architect of the Capitol, hindered security efforts leading up to the attack.

Senate Rules Committee Chairwoman Amy Klobuchar (D-Minn.) laid the blame for the anarchy at the feet of the former House and Senate sergeants-at-arms, who have both since resigned.

“The decision to reinforce local police with the National Guard was not made ahead of time,” she said, referring to their testimony in the first hearing the committees held on the attack.

“Now that decision was made – or maybe I should say, rather, not made – by the former House and Senate sergeant-at-arms,” she said.

The FBI is warning of elevated threats of violence from domestic terrorism into 2022.

“We expect racially or ethnically motivated and violent extremists and anti-government, anti-authority violent extremists will very likely pose the greatest domestic terrorism threats throughout 2021, and in fact leading into 2022,” Jill Sanborn, the bureau’s assistant director of the counterterrorism division, told senators.

Under the Capitol Police’s budget request for the next fiscal year, outlined on Wednesday, there would be 111 dignitary protection agents assigned to individual high-profile members of Congress facing greater threats and 20 more intelligence analysts.

Pittman is requesting a $107 million budget increase, which would help hire 212 more officers while paying for extra security equipment.

The police chief described strains on a force that has new duties. As an example, she cited the nine House impeachment managers who prosecuted Trump’s impeachment last month, saying they now have security details accompanying them wherever they go.

Capitol Police previously only had regular security details for members of congressional leadership and had to borrow agents from those teams to protect the House impeachment managers.

Overall, threats against lawmakers have spiked dramatically during the Trump era as partisan tensions worsened. Pittman testified that there has been a nearly 119 percent increase in total threats between 2017 and 2020.

In the Senate, lawmakers pushed the FBI and the Department of Homeland Security to better inform Capitol Security of potential threats, following a Jan. 5 report from the FBI’s Norfolk, Va., office that detailed specific calls for violence on Jan. 6, including those that suggested protesters go to the Capitol “ready for war.”

However, top officials with the Capitol Police and the FBI itself have since said they were not aware of the report until after the incident.

The FBI has since characterized the report as raw, unverified intelligence as lawmakers have pressed leadership on why the bureau didn’t work harder to ensure the information would be delivered to those doing security planning.

Lawmakers also complained that FBI and the Department of Homeland Security (DHS) need to redouble their efforts to address domestic terrorism.

“I understand the FBI and the DHS’s commitment today to doing better in their intelligence collection and monitoring this threat, which I appreciate,” said Senate Homeland Security and Governmental Affairs Committee Chairman Gary Peters (D-Mich.). “But we need to actually see these improvements. It has to be demonstrated in a meaningful way. It’s not enough for agencies to simply promise to do better.” 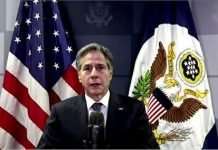 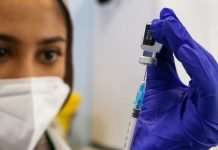 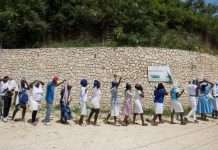 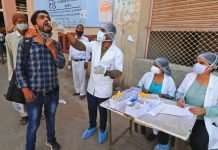 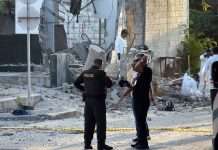