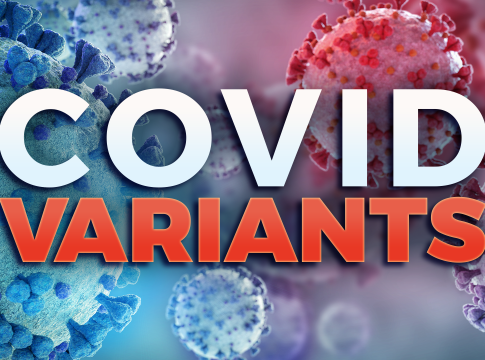 More than a million COVID-19 cases were recorded in the U.S. on Monday, setting a new global daily record, mainly due to the highly mutated and contagious Omicron variant.

The highest daily case count outside the U.S. came during a surge in Delta cases in India, which saw more than 414,000 diagnosed on May 7 last year (though data collection and reporting varies around the world).

Dr. Anthony Fauci said that this amounts to an almost “vertical increase” of new cases, and hospitalizations are also up. “We are definitely in the middle of a very severe surge and uptick in cases,” he told ABC’s This Week.

“The acceleration of cases that we’ve seen is really unprecedented, gone well beyond anything we’ve seen before.” Fauci is concerned that Omicron is overwhelming the health care system and causing “major disruption” for other essential services.

What happens now? Fauci noted there is “accumulating evidence” that Omicron might lead to less severe illness but cautioned that the data is still early. “I’m still very concerned about the tens of millions of people who are not vaccinated at all because even though many of them are going to get asymptomatic and mildly symptomatic, a fair number of them are going to get severe disease,” he said.