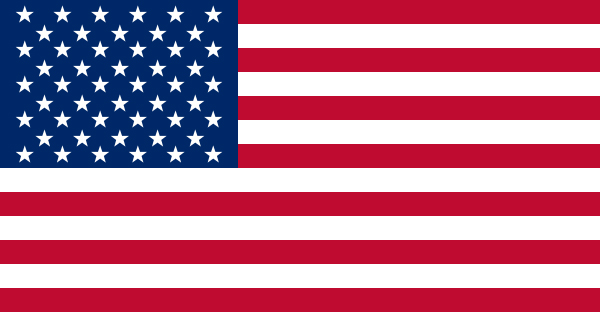 New U.S. coronavirus cases are rising again in a worrying new sign for the country’s outbreak, even as case numbers in Europe go down.

The number of new cases nationally climbed above 30,000 per day over the weekend, after having leveled off at around 20,000 per day for weeks.

The new spike is even more striking given the contrast with major European countries that were hit hard by the virus but are now doing much better and have so far been able to keep new cases low.

The rise in the U.S. also comes as the Trump administration has sought to paint a bright picture on the U.S. outlook.

Just last week, Vice President Pence wrote in The Wall Street Journal: “Cases have stabilized over the past two weeks, with the daily average case rate across the U.S. dropping to 20,000 — down from 30,000 in April and 25,000 in May.”

President Trump went even further during a Fox News interview last week, telling Sean Hannity that the virus will “fade away” even without a vaccine, despite the thousands of new cases in the country per day.

Trump has also sparked criticism with his remarks linking rising cases to an increase in testing. Trump at a Saturday rally talked about reducing the number of U.S. tests to reduce the number of cases. The White House said he was joking.

The inability of the U.S. to tamp down its outbreak has alarmed and dismayed public health experts.

“American exceptionalism was not supposed to mean this,” tweeted former Centers for Disease Control and Prevention Director Tom Frieden.

The new spike in the U.S. is being driven in part by worsening outbreaks across the South and Southwest, including in Arizona, Texas, Florida and the Carolinas, even as the situation has greatly improved in once hard-hit states in the Northeast like New York and Massachusetts.

Many of the states now being hit hard were on the more aggressive side in reopening their economies.

In contrast, major European countries like Italy and Spain that were hit hard but are now doing much better had sustained lockdowns that were stricter than anywhere in the United States.

In Arizona, even nightclubs are now open as cases rise. Hospitalizations and the percent of total tests that are positive are also rising there and in other key states, showing the rise in cases is not just because of more testing, an argument stressed by Trump.

And many people in the hard-hit Southern and Western states are not wearing masks, to the frustration of public health experts who say widespread mask-wearing is an effective way to significantly slow the spread of the virus without having to rely on costlier measures like business closures.

Trump has also not worn a mask himself when making public appearances such as factory visits, bypassing an opportunity to encourage the public to wear them.

Michael Mina, a professor at the Harvard T.H. Chan School of Public Health, said a lax attitude about the virus in many places in the U.S. is driving the new outbreaks.

“I think that’s really what’s driving the cases in the U.S.,” Mina said. “Quite literally I think we’re seeing apathy about caring about this virus in many states.”

Many states reopened before they had lowered their rate of new cases to a level where it could be contained, he said.

“A lot of Europe did get cases down much lower than the United States did, in many of our states, and so we’re now seeing rising cases, particularly in the states that really never got cases to a level that I would consider sufficient for really opening back up,” Mina said.

Tom Inglesby, director of the Center for Health Security at Johns Hopkins University, said on Fox News Sunday that he does not think states need to reimpose lockdowns at this point but that “governors should be guiding their public to avoid large gatherings, where we see the greatest potential risk.”

“We should be encouraging people to wear face coverings, to stay at a distance, to avoid large gatherings, to use hand sanitizer or wash your hands,” he added. “And those are the things that we know work and leaders really should, I think, double down in communicating that across the country.”

One silver lining so far is that U.S. deaths are not rising along with cases, and in fact are continuing to fall, down to an average of about 600 deaths per day, compared to a peak of more than 2,000 deaths per day in mid-April, according to data compiled by The New York Times.

Scott Gottlieb, the former Food and Drug Administration commissioner, tweeted the decline in deaths is “among other things a reflection of improvements in medical care, and more diagnosed cases occurring in milder disease and younger patients as older individuals protect themselves better.

“What I would note is the fatality numbers, we’re pleased to see that number coming down,” she told reporters.

While testing has improved from its faulty start, it is still not at a place where experts say it needs to be, and localities are also still working to hire and train enough contact tracers.