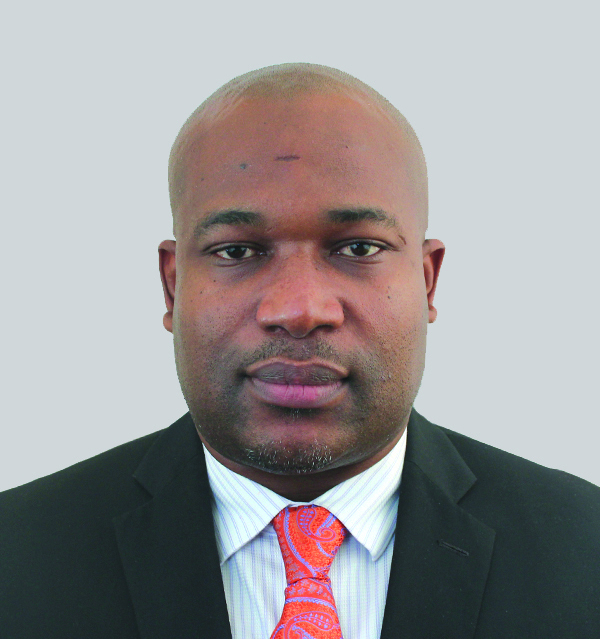 The University of the West Indies (The UWI) is pleased to announce the appointment of Professor Densil A. Williams as Pro Vice-Chancellor and Principal of its Five Islands Campus, located in Antigua and Barbuda.

His appointment was approved by the University Council at its meeting on May 13 and the Government of Antigua and Barbuda has indicated its keenness to work with Professor Williams in advancing the Five Islands Campus as a key objective within The UWI’s strategic plan. His appointment is for a period of three years, commencing the 2020/2021 academic year and he has accepted the position in addition to his current portfolio as Pro-Vice-Chancellor for Academic, Industry Partnerships and Planning at The UWI.

This decision of assigning this dual role is part of The UWI’s cost-cutting and containment strategy due to the COVID-19 pandemic. The regional university is reviewing the structure and cost of leadership at the campus level and the selection of a new principal for the Five Islands Campus is central to this review. In this instance, the merging of portfolios for Professor Williams will allow him to integrate the future of the Five Islands Campus within a broader “ONE UWI” strategy.

Prior to his appointment, Professor Williams was one of the lead authors of The UWI Five Islands Campus’ feasibility study which was approved by the University Council. He has remained active in the affairs of the Five Islands Campus and is Chair of its Infrastructure Committee, which negotiated with the Government of Antigua and Barbuda for a grant of over US$20million to build out the Campus’ infrastructure.

During his tenure as Pro Vice-Chancellor and Campus Principal, Professor Williams will provide leadership on multiple strategic objectives, including project management in order to maintain compliance with the business model on which the Campus was established; maintaining effective operations; and collaborating with the Government of Antigua and Barbuda in building out a cost effective infrastructure and HR architecture.

Professor Williams succeeds Professor Stafford A. Griffith who took on the role of Interim Pro Vice-Chancellor and Campus Principal from August 15, 2019. Professor Griffith’s tenure ends on July 31, 2020. The UWI extends its gratitude to Professor Griffith for his superb contributions to the establishment and running of the Five Islands Campus over the past year.

More about Professor Densil A. Williams

Professor Densil A. Williams has built a career in business and academia for almost 20 years. A UWI alumnus, he completed both his Bachelor’s and Master’s degrees at the Mona Campus. He graduated with a B.Sc. (First Class Honours) in Economics and Management Studies in 1999, an M.Sc. in International Business in 2001 and then moved on to the University of Manchester in the UK to pursue his Ph.D., which he earned in 2006.

Following a stint in the private sector, Professor Williams served The UWI since 2007 in a number of roles at the Mona Campus.

He served as Chairman for the Research Committee in the Department of Management Studies; Head of Department of Management Studies; Deputy Executive Director and then Executive Director at  Mona School of Business and Management. More recently, since 2016, he held the portfolio of Pro Vice-Chancellor, Planning, which involves oversight of The UWI’s Strategic Plan and institutional research to enhance the operational and strategic direction of the regional University.

At the same time, Professor Williams taught undergraduate, postgraduate and doctoral level courses and provided postgraduate research and supervision to many students. He has also developed new courses in corporate strategy and international entrepreneurship at Mona. In addition to teaching and administration, throughout his tenure at the university he has contributed to extra-departmental service, participating, chairing and co-chairing a wide range of committees.

He holds over a dozen awards for scholarship, research and publications. He was a Government of Jamaica Exhibition Scholar, a Jamaica Flour Mills Scholar, A Lome IV Scholar and a Commonwealth Scholar. He has also earned two Principal’s Awards for ‘Most Outstanding Researcher’ in the Faculty of Social Sciences at Mona.

Outside University life, he has served on a number of boards of state entities, private sector boards and committees, regional as well as international editorial boards.

For over 70 years The University of the West Indies (The UWI) has provided service and leadership to the Caribbean region and wider world. The UWI has evolved from a university college of London in Jamaica with 33 medical students in 1948 to an internationally respected, regional university with near 50,000 students and five campuses: Mona in Jamaica, St. Augustine in Trinidad and Tobago, Cave Hill in Barbados, Five Islands in Antigua and Barbuda and an Open Campus. As part of its robust globalization agenda, The UWI has established partnering centres with universities in North America, Latin America, Asia, Africa and Europe including the State University of New York (SUNY)-UWI Center for Leadership and Sustainable Development; the Canada-Caribbean Institute with Brock University; the Strategic Alliance for Hemispheric Development with Universidad de los Andes (UNIANDES); The UWI-China Institute of Information Technology, the University of Lagos (UNILAG)-UWI Institute of African and Diaspora Studies; the Institute for Global African Affairs with the University of Johannesburg (UJ); The UWI-University of Havana Centre for Sustainable Development; The UWI-Coventry Institute for Industry-Academic Partnership with the University of Coventry and the Glasgow-Caribbean Centre for Development Research with the University of Glasgow.

As the region’s premier research academy, The UWI’s foremost objective is driving the growth and development of the regional economy. The world’s most reputable ranking agency, Times Higher Education, has ranked The UWI among the top 600 universities in the world for 2019 and 2020, and the 40 best universities in Latin America and the Caribbean for 2018 and 2019. The UWI has been the only Caribbean-based university to make