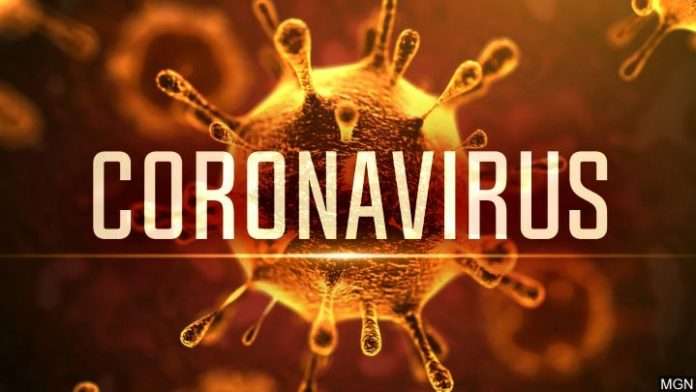 With more and more children falling severely ill with COVID-19, the Pan American Health Organisation (PAHO) says several countries reported this trend as some younger populations are not eligible for vaccination.

Last week, Principal Medical Officer at the Ministry of Health Dr Maryam Abdool-Richards reported that three children, including one receiving intensive care treatment, were among those hospitalised in the parallel healthcare system.

He said several countries have reported increasing cases in the younger population, which is linked to greater exposure and the absence of vaccinations among the age groups.

“We know that older age groups are usually more careful with the control measures, stricter about the distancing and also that they have been prioritised for vaccination, in most of the countries, including the Caribbean countries.

“It is important to mention that if a particular variant becomes predominant like the Delta Variant at the moment in most of the Caribbean, it is of course the one variant that we are going to find affecting most of the population, including either asymptomatic, mild or severe cases,” Aldighieri said.

He added that vaccine hesitancy was the problem in most Caribbean countries, especially the English and French-speaking nations.

This is the situation as cases increase in the Caribbean while infection decrease in North and South America and most Central American countries.

As a result, PAHO Director Dr Carissa Etienne encourages Caribbean countries, where vaccinations are heavily politicised, to train health workers so they possess all the knowledge they need to respond to questions about COVID-19 and the vaccines.

Over the last week, the Americas reported over 1.1 million new cases and just over 24,000 related deaths.

Among Caribbean countries, Barbados reported its highest number of cases and deaths since the pandemic started.

It followed a five-fold increase in infections over the last month. Cases are also increasing in the Dominican Republic, Haiti, Antigua and Barbuda, Anguilla, and the Cayman Islands. Infection rates are decreasing in North America but remain high in Alaska and the mid-west of the United States of America.

Meanwhile, in Canada, cases are high in the North-West Territories, where the infection rates are 10 times the national average.

Most countries in Central America reported a decline in cases. However, it remains high in Belize.

There is a similar pattern in South America, but there are spikes at the sub-national level in Venezuela and Chile.

Last week, the World Health Organisation (WHO) launched its strategy to vaccinate 40 per cent of the population in every country by the end of 2021. Across the Caribbean and Latin America, 39 per cent of people are fully vaccinated.

Etienne reported that 26 countries and territories in the Americas already immunised 40 per cent or more of their population. However, coverage remains low in some countries.

Jamaica, St Lucia, St Vincent and the Grenadines, Haiti, Guatemala, and Nicaragua have yet to reach 20 per cent of their populations and require special attention to reach the WHO’s 40 per cent target.

Across these countries, vaccine access has been a challenge. Jamaica has supply delays.

The shortage of syringes has delayed immunisation campaigns in Guatemala.

In Haiti, logistical challenges hindered the rollout of vaccines.

With 4.9 per cent of COVID-19 patients in the parallel healthcare system vaccinated some people have concerns about vaccine effectiveness.

He said no vaccine for any disease has a 100 per cent efficacy rate.

“Some people will get the vaccine but would not develop protection against the disease. It can be caused by some immunity characteristics that some people have.

“We know for sure that the elderly have a weak immune system, so the efficacy rate can be less than the average population. So you have some very different reasons that one person can get the vaccine and not develop the protection,” Barbosa said.

He said if 4.5 per cent of hospitalised patients are vaccinated, it shows the vaccines’ effectiveness against severe disease, hospitalization, and deaths.

It also showed that the pandemic is continuing mostly through unvaccinated people.

He stressed that vaccines provide individual protection, but also a collective effect as people who are vaccinated transmit less of the virus.

Once many people transmit less in a community, the virus will have less opportunity to spread.

He said anti-vaxxers are not using all the information that is available to them.