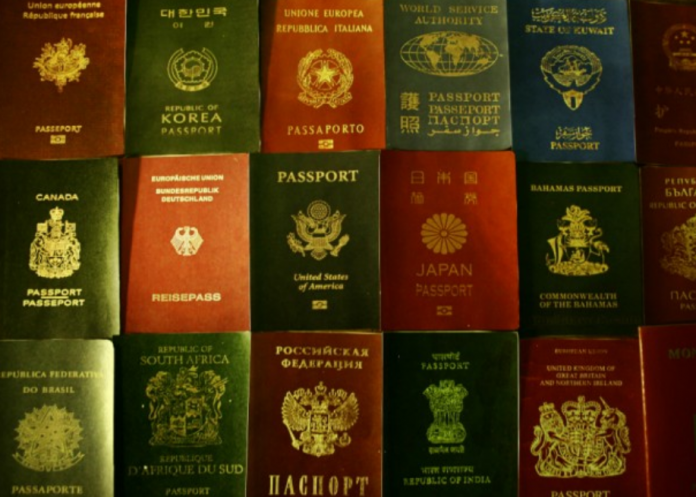 From Europe to the USA, Vaccine passports may be required for travel and public services as a way to prevent spreading coronavirus.  But, this has instantly become a toxic issue for many US politicians.

Republicans are up in arms over the possibility that businesses and local governments may require vaccine passports for people to get access to certain activities, buildings or events.

The Biden administration has said it will provide guidance on the matter, but signaled the decisions will largely be left up to local governments and business owners.

“We’re going to provide guidance, just as we have through the [Centers for Disease Control and Prevention],” White House press secretary Jen Psaki said Monday. “There’s currently an interagency process that is looking at many of the questions around vaccine verification.”

Supporters of the idea say it will help boost businesses — especially in hard-hit industries like travel and entertainment — as COVID-19 restrictions are scaled back and more Americans receive vaccines.

“I only want to get on that airplane if I feel reasonably safe that everyone in there is healthy, and that the airline is taking care of me. And so that’s what this is really all about,” he added.

Paydos said IBM is in talks with “just about every state” and federal agencies about such passes.

Requiring vaccine passports could allow industries that have been closed off for much of the past year to reopen while minimizing the risks of spreading the virus. And proponents say virtual passes would speed up the verification process.

In New York, which last week became the first state to formally launch a virtual pass, the voluntary information is being touted as helping the state boost businesses that faced some of the toughest restrictions during the pandemic.

For example, New York recently expanded the number of permissible wedding guest attendees from 50 to 150 — as long as all attendees have proof of a negative test result or vaccination. Similar requirements have been made as the state allows sports fans back into stadiums and arenas.

New York’s Excelsior Pass, created in partnership with IBM, allows people to show if they have been vaccinated before attending events where proof is required.

Connecticut Gov. Ned Lamont (D) on Monday signaled his state may launch a similar pass in the coming months.

“I think it’s a little premature, only in that not everyone has the vaccine available to them yet. But I like to think within a month or two when broadly available, I think you will see some type of vaccine passport or validation … probably led by the private sector,” Lamont said at a press briefing.

Some Republican governors, though, are fiercely pushing back on such efforts.

DeSantis vowed on Monday to take executive action this week to ban the passes.

“It’s completely unacceptable for either the government or the private sector to impose upon you the requirement that you show proof of vaccine to just simply participate in normal society,” he said at a press conference.

South Dakota Gov. Kristi Noem (R) slammed the Biden administration for “one of the most un American ideas in our nation’s history,” even though the administration has yet to provide any guidance on the matter.

“The @joebiden #CovidPassport proposal is one of the most un American ideas in our nation’s history. We as Americans should oppose this oppression,” Noem tweeted Monday night.

Congressional Republicans have also joined the chorus of criticism.

Rep. Lauren Boebert (R-Colo.) tweeted that “Vaccine Passports are unconstitutional,” while Rep. Jim Jordan (R-Ohio) used it as a chance to ramp up criticism of President Biden’s immigration policy.

A New York state official pushed back on the GOP criticism that such passports are invasive, telling The Hill that the Excelsior Pass provides less information than residents would otherwise need to show.

The pass lets users verify that they have met either the vaccine or testing standard and then flash a QR code to enter, as opposed to providing specific documents showing a negative test or a vaccine card.

Moreover, the state guidance does not require the Excelsior Pass to show proof. Residents choose to instead show print documents to enter events where proof is required, the official said.

The International Air Transport Association is testing a COVID-19 passport, called the Travel Pass, that will allow passengers to provide information about testing and vaccination, in addition to checking the COVID-19 requirements for their destination.

Although the group does not support mandatory vaccine requirements for air travel, products such as the virtual Travel Pass could ease the process to help international travel come back if countries decide to put such requirements in place, said spokesperson Perry Flint.

Even with international travel at a fraction of pre-pandemic levels, existing requirements to show a negative coronavirus test are already causing hours-long waits, and the lack of digital passes to provide testing or vaccination proof would cause “enormous jams” in airports, Flint said.

“Forget about 6 feet, there’s going to be lines out the door,” he added.

“No vaccine passport. It doesn’t get much more dystopian than being required to show your ‘health papers’ wherever you go,” he said in a separate tweet.

Although the Biden administration has not detailed its plans for any passport guidelines, Psaki on Monday said the White House will not create a federal mandate requiring all residents to obtain a single vaccination credential, nor create a centralized, universal federal vaccination database.

She declined to share a timeline on when the guidelines will be released.

As for the creation of such passports, the Biden administration said it is largely leaving that responsibility up to the private sector.

“This is going to hit all — all parts of society.  And so, naturally, the government is involved,” said Andy Slavitt, a White House senior adviser on COVID-19. “But unlike other parts of the world, the government here is not viewing its role as the place to create a passport, nor a place to hold the data of citizens.”

“We view this as something that the private sector is doing and will do,” he added.

AND IN THE UK

Covid certificates on the cards for use in England since December

A government-commissioned report in December examined how Covid certificates could be used to decide whether people should be allowed into sports events, pubs and other crowded spaces, months before ministers publicly confirmed the plan.

A document prepared for NHS test and trace and seen by the Guardian shows that the research also looked into whether certificates could be made a condition of entry for family events such as weddings or even small casual gatherings.

The report, dated 17 December, was prepared by staff working for Zühlke Engineering, a Swiss-based consultancy that has worked closely on the UK’s Covid contact-tracing app, and has a number of staff embedded within the test-and-trace team.

It details research into possible public attitudes to a Covid certificate, sometimes called a domestic Covid passport. This would use vaccination status, a recent negative Covid test or proof of coronavirus antibodies to allow people into potentially packed places when the country opens up.

The document includes mock-up pictures of how an app-based Covid certificate might work, using scannable QR codes. One shows this on the main NHS app, with a countdown showing when the pass expires.

Covid certificates are enormously controversial. At least 40 Conservative backbenchers are among 70-plus MPs who announced last week that they would oppose them.

There has been considerable speculation about the use of such certificates, but as recently as February the vaccines minister, Nadhim Zahawi, said the government was “not looking at a vaccine passport for our domestic economy”.

Boris Johnson is expected to announce the initial findings of a review into the subject on Monday, but not to say categorically whether or not they will be introduced.

The December document uses focus group research to highlight public attitudes towards the idea. It found that people considered them potentially useful for events such as football matches and even weddings, but not for smaller family gatherings.