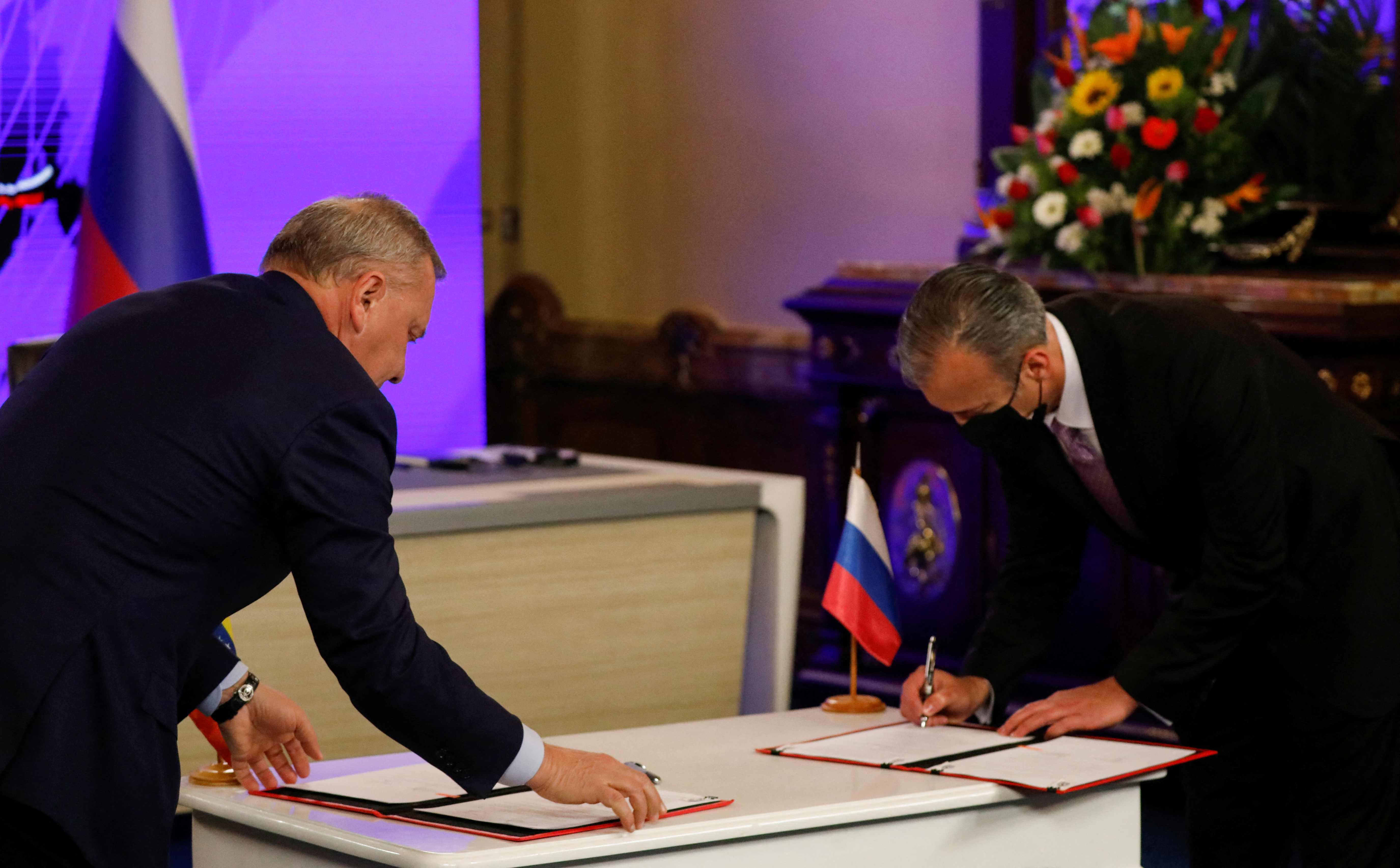 “We are going to increase all training and cooperation plans,” Maduro said in a broadcast on state television, adding that Venezuela supported Moscow in dispelling threats from NATO.

Following a meeting with Venezuelan Oil Minister Tareck El Aissami earlier on Wednesday, the senior Russian leader described Venezuela as a major partner in the region.

“Venezuela is a strategic partner for Russia in Latin America. We highly value the character of allies in our coordination in the international arena and the dialogue of trust at the political level,” Borisov said.

Borisov will travel to Nicaragua and Cuba after leaving Caracas, according to Venezuela’s state television.