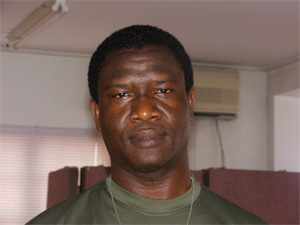 A program to aid with the prevention of child abuse in our community is underway. Shawn Wigley, founder of the group Child Abuse Awareness and Prevention (CAP) and also a pastor of the Ministry of Reconciliation in Lower Fienes Avenue, Irish Town told The Observer that he got inspiration to start the group from his very own life experiences. He said the group hasn’t done much so far because of a situation he faces.

“We are in a situation right now of abuse. It so happens that it involves myself. My son’s mother was hindering me from seeing him and I did go to see a lawyer so that I could have access to the child. A date was set for us to meet in court but about three days before the court hearing, she abducted the child and left the country without my knowledge or consent or without the authorities’ knowledge.

“She went last year and up to this time I have not been contacted at all. I am very concerned about my son. I love my son very much. I went to seek help from the government and other institutions locally and overseas and all I’ve been getting is lip service. Prior to that situation, I was a victim of child abuse. I believe no child should experience these things,” Wigley said.

The group, consisting of six persons, decided to take the matter into their own hands and try to locate his son via the media, internet and also utilising the assistance of the public.

Wigley said the one-year-old group mainly focuses on looking out for children’s welfare.

“We make public appearances to make children aware of abuses and to prevent it as much as possible. The principal for the Irish Town Primary School has been inviting us to have morning devotions with the students on Mondays on a regular basis. The first time we were invited was last Monday. We showed a video of some kids in Africa and they were all happy and excited.”

“We believe that children have rights and no child should be abused at all. There are many instances of child abuse taking place in St. Kitts and many people have remained tight-lipped about the situations, instead of coming out in the open and making these things known,” Wigley said.

Wigley said one of the goals the group intends to establish is to continue going into the schools and lecturing on abuse prevention.

He said he tends to spread the word in both St. Kitts and Nevis and also internationally. Wigley promises that the group will meet on a regular basis from now and he said once the group has become more well-known, they would work on having youth groups.

“We also intend to go on air to let them know what we are all about.”

Wigley said he believes that family should stay together.

“Children are a gift from God. They are a blessing and are our best resources. We need to love and nourish them because they are our future. If we don’t prepare our future for the future, then the future would be oblique. We all have a role to play as adults to make sure that children are taught right and that they are loved. One thing that I don’t like is beating a child. I know the law here is for it, but I’m against that. It is violence because when you hit someone, it’s not going to make them feel happy. It’s going to bring pain and anguish. Maybe that’s why we have a lot of angry youths all around. I also think people who abuse children sexually are mentally sick and they need help. No one should look on a child for sexual favours.”