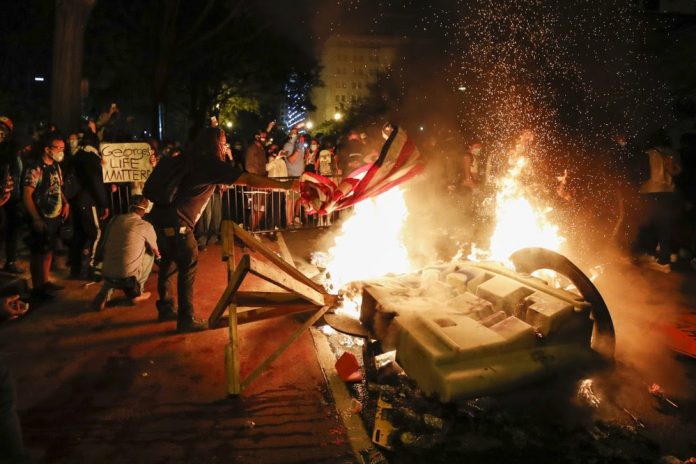 Bowser said “significant damage” had been done to the downtown areas, as protests over the police-involved death of George Floyd turned violent, with incidents of arson, vandalism and clashes between protesters and the police.

“Every American should be outraged by the murder of George Floyd,” Bowser said. “I want to implore D.C. residents to think of ways to be part of the solution, not part of the destruction.”

The curfew will begin at 7 p.m. and extend until the morning. It will not impact journalists covering protests or other “essential employees.”

Washington, D.C. Police Chief Peter Newsham said 88 people were arrested on Sunday night. Half of those were charged with “felony righting.” Seven police officers were injured but none were hospitalized.

Newsham said the antagonists appeared to be “organized in nature” and that the police will make further arrests after analyzing camera footage of the protests.

But the police chief declined to elaborate on what organization might be behind it, saying only that “they were largely from this region.