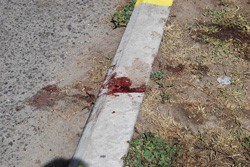 (Charlestown, Nevis) – A rash of shootings this week has kept Nevis police on their toes. Though they lack the evidence to tie the upsurge in violence to the June 11 murder of Leon Hendrickson, 29, authorities believe there is connection between the homicide and recent incidents.

On Tuesday, June 17, during a police operation on Low Street, four people were arrested in connection with Hendrickson’s murder. At press time, the four remain in custody, but none have been charged, according to police.

On June 15, police responded to a report of shooting at Bath Village. Police revealed in their investigation that Oriel Perkins of Government Road was driving his vehicle in the vicinity of Bom’s Shop when someone opened fire on his vehicle. The driver’s side windows were shattered, but Perkins escaped unhurt. No one was arrested.

A report of shots being fired in the vicinity of Low Street at around 1 a.m. on June 16 was answered and a house was found to have a number of bullet holes in it. A number of shell casings were recovered

At about 5:15pm on June 16, police responded to a shooting incident behind the Administration Building in downtown Charlestown.

Investigations revealed that Brandon Lazarus of Stoney Grove was attacked by a masked gunman. A struggle ensued and Lazarus was shot on one of his fingers.

He was treated at the Alexandra Hospital and discharged.

Tanya Powell of Craddock Road was also arrested for obstruction and battery on police. She was later released on bail.

Names of informants will be kept confidential.