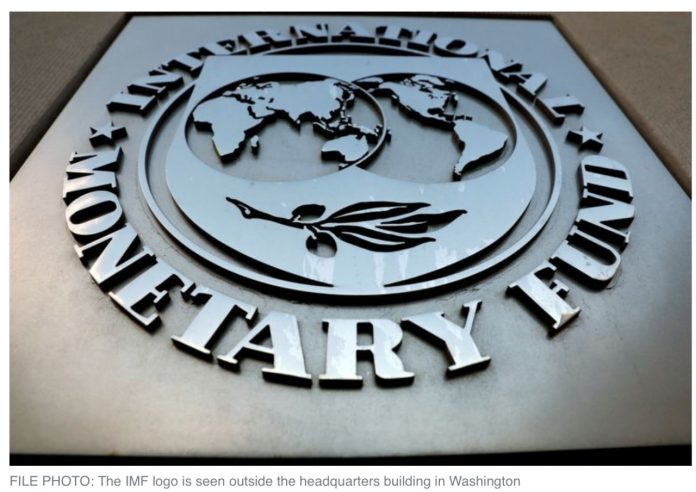 The International Monetary Fund on Wednesday forecast a deeper recession for this year and a slower and uncertain recovery for next year after the coronavirus, or Covid-19, pandemic plunged the global economy into a crisis like no other.

The global economy is set to shrink 4.9 percent this year, which is worse than the 3 percent contraction predicted in April, the lender said in an update to its World Economic Outlook.

That would be the most severe recession since the Great Depression of the 1930s.

Private consumption is expected to be weaker than expected, reflecting a combination of a large adverse aggregate demand shock from social distancing and lockdowns as well as a rise in precautionary savings, the report said.

The growth forecast for next year was lowered to 5.4 percent from 5.8 percent. Consumption is expected to strengthen gradually next year and investment to firm up, but both are projected to remain subdued.

“The downgrade from April reflects worse than anticipated outcomes in the first half of this year, an expectation of more persistent social distancing into the second half of this year, and damage to supply potential,” IMF Chief Economist Gita Gopinath said in a blog on the IMF website.

“A high degree of uncertainty surrounds this forecast, with both upside and downside risks to the outlook,” she added.

A scenario presented in the IMF report is based on the assumption of a second global outbreak of the Covid-19 pandemic in early 2021. Under this, global output is expected to contract about 4.9 percent relative to the baseline in 2021 and remain lower by 3.3 percent in 2022.

An alternative scenario to this sees a faster recovery in the second half of this year due to greater confidence in post-lockdown measures and 50 percent less supply-side scarring. In this, global output improves by about 1.5 percent this year and remains 3 percent above the baseline in 2021.

Countries across the world have gradually reopened their cities by easing the lockdown restrictions that were imposed largely in the second half of March and in April to slow the spread of the coronavirus pandemic.

Cities with a high incidence of cases remain under lockdown, while some have brought back restrictions fearing a second wave of infections.

The IMF lowered the growth forecast for the advanced economies group by 1.9 percentage points to -8 percent this year. The outlook for next year was raised to 4.8 percent from 4.5 percent.

The U.S. growth forecast for this year and next, was lowered to -8 percent and 4.5 percent, respectively. Eurozone growth outlook for this year was cut to -10.2 percent, while the projection for next year was raised to 6 percent.

Projections for the emerging market and developing economies group were also lowered, with the Chinese economy expected to grow 1 percent this year and 8.2 percent next year, supported by policy stimulus.

The Indian economy is projected to contract 4.5 percent this year, which is 6.4 percentage points lower than the April projection. The country is experiencing a longer period of lockdown and a slower recovery than anticipated in April. In 2021, India’s economy is expected to grow 6 percent.

For the first time, all regions in this group are projected to experience negative growth in 2020, but there are substantial differences across individual economies, the IMF said.

In Latin America, Brazil and Mexico are projected to log more severe contractions of 9.1 and 10.5 percent.

More than 90 percent of emerging market and developing economies are projected to register negative per capita income growth in 2020, signalling a likely reversal of the progress made in poverty reduction, the IMF said.

Apart from pandemic-related downside risks, escalating tensions between the United States and China on multiple fronts, frayed relationships among the Organization of the Petroleum Exporting Countries (OPEC)+ coalition of oil producers, and widespread social unrest pose additional challenges to the global economy, the report warned.

“Given the tremendous uncertainty, policymakers should remain vigilant and policies will need to adapt as the situation evolves,” Gopinath said.

She added, “All efforts should be made to resolve trade and technology tensions, while improving the multilateral rules-based trading system.”