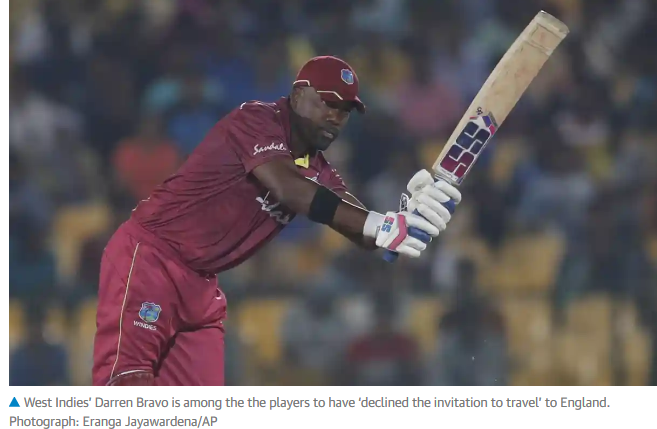 West Indies will fly out to England next week for the upcoming Test series with three players missing after Darren Bravo, Shimron Hetmyer and Keemo
Paul turned down spots on tour.

The trio, who all featured in the 2-1 series victory over Joe Root’s side in the Caribbean last year, was not among a 25-man touring party named on Wednesday, with the statement from Cricket West Indies saying they “declined the invitation to travel”. 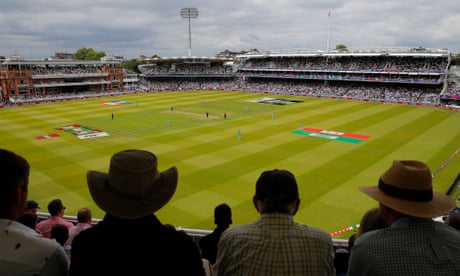 With the UK still weathering the storm of the coronavirus pandemic, the three-match series is being played behind closed doors in supposedly bio-secure conditions from 8 July, with players living in the on-site hotels at the Ageas Bowl and Old Trafford and subject to a rigorous testing regime.

CWI had assured the players previously that, with this, the first international tour since the global outbreak saw fixtures paused in March, they could sit it out without recrimination as regards future selection and reiterated this sentiment upon confirming Bravo, Hetmyer and Paul had taken up the option.

Bravo, with 54 caps and eight Test centuries, is the greatest loss by way of hardened experience, the kind on show in Antigua last year when, on a volatile pitch in a low-scoring match, the 31-year-old Trinidadian ground out a near six-hour 50 to help seal the series win.

Hetmyer, a more explosive white-ball talent, is yet to fully fire the longer format, averaging 27 from 16 Tests in the middle order, but at 23 is considered a bright prospect; likewise, the 22-year-old Paul, his fellow Guyanese, who has won three caps but is a promising all-rounder.

Jason Holder’s side, who are being flown out on a charter flight paid for the England and Wales Cricket Board, is due to touch down on 9 June and then spend three weeks living and training at Old Trafford – the first 14 days of which are technically quarantine – before heading to Southampton for the first Test.

It is officially a 14-man West Indies Test squad plus 11 reserves who will act as net bowlers and warm-up opposition during the training period, something England are expected to replicate when they set-up camp at the Ageas Bowl on 23 June.