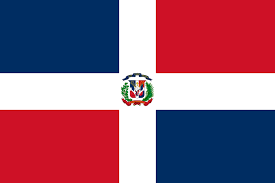 Dominican Republic’s nationwide municipal elections were suspended on Sunday due to a glitch in the electronic voting system, Central Electoral Board (JCE) announced, adding that they will convene a new date promptly.

Following the suspension, four hours after they started, due to automated voting failures, the opposition party People’s Power (FP) said that the problem was provoked.

“We are going to initiate a thorough investigation of what happened and why those ballot papers did not load correctly,” the President of the JCE Julio Cesar Castanos said in a press conference.

The electronic system was used in 18 of the 158 municipalities and focused on cities and regions with high population density, accounting for 62.4 percent of the electorate. Paper ballots were due to be used elsewhere.

The decision was made after members of the JCE met with the delegates of the political parties accredited to that institution, trying to find a solution to the long delays that have arisen at the beginning of the municipal election.

“Only 12% of municipalities with automated voting have been able to operate, the teams do not have all the candidates on the ballot,” said the leader of the Modern Revolutionary Party (PRM).

Complaints were expressed in different voting centers that some parties do not appear at the time of voting and in others, certain candidates did not appear.​​​​​​​

A total of 7,487,040 Dominicans were called to the polls on Feb. 16 to elect about 3,849 positions between mayors and councilors in the country’s 158 municipalities, according to data from the JCE.

In these elections, the Dominicans will elect 158 ​​mayors, the same number of vice mayors, 1,164 councilors and their alternates, 235 directors and deputy directors and 735 members, who will take office on April 24 for a period of four years.

These elections are decisive both for the ruling Dominican Liberation Party (PLD), which together with its allies controls 107 of the 158 mayors, as well as for the opposition Modern Revolutionary Party (PRM), which is leading 30, including the of the National District, the center of the capital.

The reformist lawmaker for La Romana, Pedro Botello, denounced the ‘chaos’ in La Romana where allegedly “without explanation they still do not initiate the voting because they excluded from the voting system the Force of the People and Progressive National Force and other parties”.

The Organization of American States (OAS) issued a statement:

Given the extraordinary circumstances that have taken place in recent hours, the Electoral Observation Mission of the Organization of American States (OAS) understands the decision of the Central Electoral Board of the Dominican Republic to suspend all of the municipal elections.

The Mission was informed on Saturday night about problems in the configuration of the ballot in the automated voting machines. Subsequently, the Central Electoral Board held a meeting with the parties, with the presence of an OAS technical team, to report on the situation and agree on a protocol for the solution of this problem beginning today at 5 in the morning.

Moreover, OAS observers deployed in some municipalities of the country confirmed the impossibility of timely resolving the failures detected in time to begin the vote.

The OAS Mission calls on the electoral authorities and the political actors of the country to hold a frank and constructive dialogue about the next steps to be undertaken to address this complex reality. In this context, the Chief of the Mission, former President of Chile Eduardo Frei Ruiz-Tagle, has reported the events to the OAS Secretary General, Luis Almagro, who has reiterated the support of the OAS Mission to continue with the work of the electoral process.