PORT LOCKROY, BRITISH ANTARCTIC TERRITORY: There are few places left in the world where you can still experience a true disconnect from civilization. Of course, you could always visit a national park or wildlife sanctuary, but these places are, for the most part, only small fragments of what they once were. Antarctica still maintains that rugged, unconquered feeling. The entire continent is protected from human development by multiple international treaties, making it the largest nature reserve on the planet. It’s the only continent which-with the exception of handful of scientists and seasonal visits by adventurous tourists-remains largely uninhabited.

Most visitors who come to Antarctica arrive by either yacht or chartered cruise ship, mostly from the southernmost Argentine port of Ushuaia. These vessels must make a two-day journey (or longer, in the case of yachts) through the Drake Passage, which is notorious for having some of the most extreme sea conditions on the planet. Because of the strong winds and currents over the southern ocean, with no land to break the swells, waves can get as tall as 30 feet (sometimes three times that height!). It’s a passage renowned for its history of sunken ships, particularly from sailing days, and for which Cape Horn is infamous. Fortunately, most modern vessels are now able to handle the rough seas. In fact, during the austral summer season, it can even be a relatively calm crossing from Tierra del Fuego to the Antarctic peninsula.

My journey to Antarctica began in Ushuaia when I boarded the Ocean Diamond, a ship chartered by Quark Expeditions, one of a small handful of tour operators specializing in polar travel. I was making the journey not only to experience Antarctica’s wonders, but to pay my respects to someone I’d never met: my grandfather, Ivan Mackenzie Lamb, who was a scientist stationed on the Antarctic peninsula during World War II. A prominent botanist, he was part of a covert British expedition code-named Operation Tabarin, whose purpose was to establish a British presence during the turbulent wartime period. While stationed at Port Lockroy, my grandfather , whose specialty was the study of lichens, uncovered several fossils of pre-historic tropical plants which once flourished in Antarctica. These specimens were later used to support  his research on evolution and the theory of Plate Tectonics. (For these efforts, he would later by awarded the Antarctic Polar Medal by two countries, Great Britain and Argentina). Many of his journals remain accessible in research libraries at Harvard University’s Farlow Herbarium and other notable institutions.
Ivan (or Mac, as he was affectionately called by his Tabarin colleagues) was also an accomplished sledge-dog driver who, along with another expedition member, was credited with re-discovering the hut of Otto Nordenskjold on Snow Hill Island, which an ill-fated Swedish expedition had been forced  to abandon more than forty years before. (According to my grandfather’s accounts, much of the food found frozen inside the stone hut was still edible!). In recognition of his scientific and personal achievements during that expedition, modern day nautical charts show a nearby promontory, Lamb Cliffs, named in his honor.

On my way to Port Lockroy, the ship made several stops along the peninsula, during which we visited points of historical interest using rubber zodiac dinghies. One of my first shore excursions was to Elephant Island, near the South Shetland Islands. Elephant Island is best known as the pit stop of the renowned English/Irish explorer, Sir Ernest Shackleton, who, along with his men, was stranded when their ship, the Endurance, became hopelessly trapped in ice. Forced to abandon their vessel,  Shackleton and his party travelled for months,  towing three lifeboats behind them, across vast stretches of treacherous ice floes, in hopes of finding a suitable place where they might be rescued. But when they finally reached Elephant Island, their first solid ground in more than 400 days, it turned out to be abandoned.
As the second winter approached, their hopes dimmed with each passing day. With basic survival rations diminishing, Shackleton made his decision: he would order most of his men to remain in their makeshift shelter on Elephant Island while he and five others took one of their open boats, the James Caird, in a daring attempt to reach a Norwegian whaling station on the island of South Georgia, 800 miles away.  It was, Shackleton realized, their only hope. Their voyage in an open boat through savage seas is still considered legendary, one of the greatest feats ever attempted in Antarctica’s history of early Twentieth-century exploration. 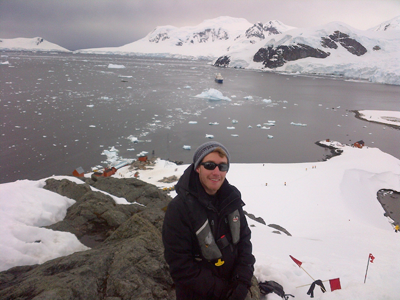 Miraculously, Shackleton finally made it to South Georgia and a rescue ship was chartered to bring back those who had remained on Elephant Island. Against all odds, every man had managed to survive.
When I made landfall on Elephant Island, with its bitterly cold wind and icy conditions (and this was only summer!) I started to get a sense of the incredible hardships that those brave men must have faced. Antarctica is ruggedly beautiful, but it’s also an inhospitable icy desert. To be able to survive in such a place-without today’s taken-for-granted luxuries like weather-proof synthetic clothing, steel ships, satellite phones, and conventional human nourishment-what Shackleton and his men accomplished was truly an incredible feat.
After stops at Enterprise Island and the Argentine station of Almirante Brown, I finally arrived at Port Lockroy, where I was given a warm welcome by its seasonal staff, all of whom are employed by the Antarctic Heritage Trust. After WWII, the base fell into decline but was eventually restored and converted into a heritage site and museum. The foundation (and its predecessor, the British Antarctic Survey, or BAS) has done an amazing job of restoring and maintaining this historical gem. There’s even a working post office where visitors can affix British Antarctic Territory stamps to their post cards. They’ve also put on display some of Operation Tabarin’s wartime stores, such as jars of Marmite, on which my grandfather and his companions would have subsisted during those bitter winter months of 1944-45. While conditions may have been tough for the men of Operation Tabarin, the penguins seem to enjoy the base; they’ve even established a colony right next to the station. When rations were scarce, there’s little doubt that they provided a much-needed source of food, in addition to keeping the men company.
For me, my visit to Port Lockroy was an opportunity to get a fleeting glimpse of my grandfather’s life. “Mac” was a man who devoted his life to the pursuit of knowledge, and, in many ways, he and I share this love of discovery. I will be graduating next year with a degree in molecular cell biology, and intend to to begin my own research one day, just as my grandfather did. Mac was a man who was not dissuaded by hardships and accomplished what few could or were willing to try. For that, he will always be an inspiration for me. 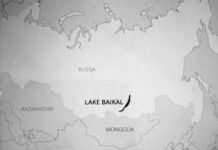 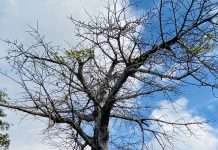 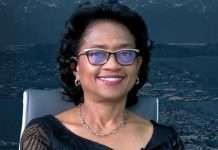 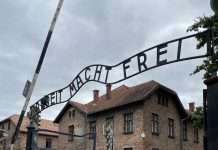 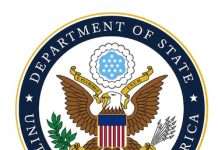