Ian blasted ashore with catastrophic force on Wednesday afternoon as a Category 4 hurricane, packing maximum sustained winds of 150 miles per hour (241 kph), and quickly plunged the region’s flat, low-lying landscape into a scene of devastation.

Ian’s winds, making it one of the most intense storms to strike the U.S. mainland in recent years, diminished significantly after nightfall. Within eight hours of its arrival, Ian was downgraded to Category 1 on the five-step Saffir-Simpson scale, with top sustained winds of 90 mph (150 kmh), the National Hurricane Center (NHC) reported.

“This storm is doing a number on the state of Florida,” said Governor Ron DeSantis, who asked U.S. President Joe Biden to approve a major federal disaster declaration providing a wide range of U.S. emergency aid to the entire state.

There were no official reports of storm-related fatalities or serious injuries. An unspecified number of people were known to be stranded and in need of help in “high-risk” areas after choosing to ride out the storm at home rather than heed evacuation orders, but they were beyond the immediate reach of rescue crews, DeSantis said.

Separately, U.S. border authorities said 20 Cuban migrants were missing after their boat sank off the Florida coast as Ian neared the coast on Wednesday.

At 10 p.m. EDT on Wednesday, strong gusts and horizontal rains were still lashing Venice, Florida, a city of about 25,000 residents some 32 miles northwest of where Ian first came ashore at the barrier island of Cayo Costa seven hours earlier.

Larger structures remained mostly intact, but small, residential areas off of Highway 41, a major artery through the area, were left in a shambles.

Downed trees and power lines covered roadways to the point that the asphalt was not visible, roofs were ripped off of some homes, and water was pouring into neighborhoods from seemingly all directions.

A large open lot in front of a Winn Dixie grocery store became a lake, with white-capping waters reaching the trunks of some the cars parked there. Power was out in larger swaths of the area, with communications nearly impossible in many spots.

Ian was forecast to weaken further as it crossed the Florida peninsula on a northeasterly track, and was expected to reach the Atlantic Coast on Thursday afternoon, possibly as a tropical storm, according to the NHC.

But Ian remained a potent force. Up to 30 inches (76 cm) of rain was forecast to fall on parts of central Florida, the NHC said. By late Wednesday night, the storm had knocked out power to at least 2 million homes and businesses statewide, utilities reported. 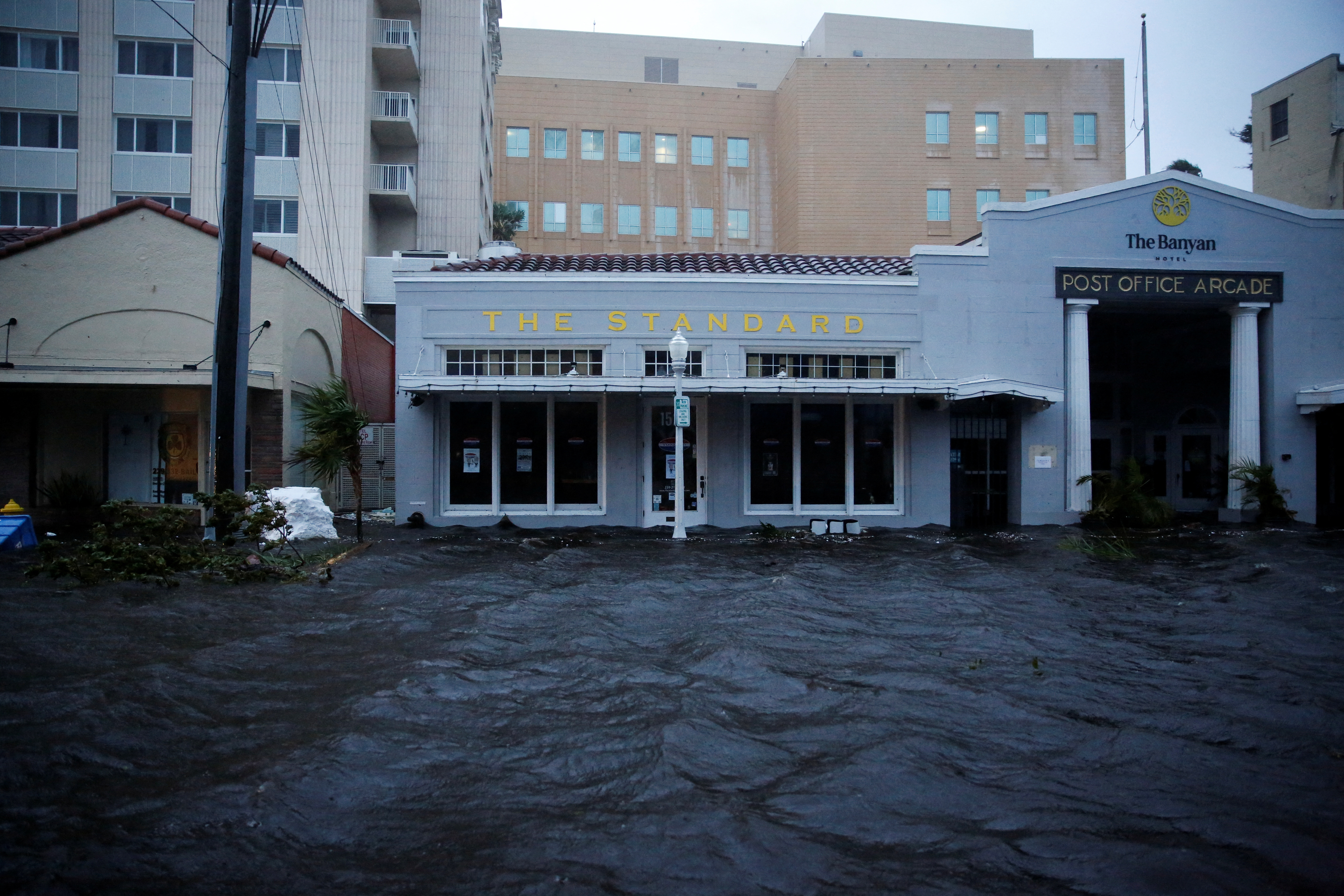 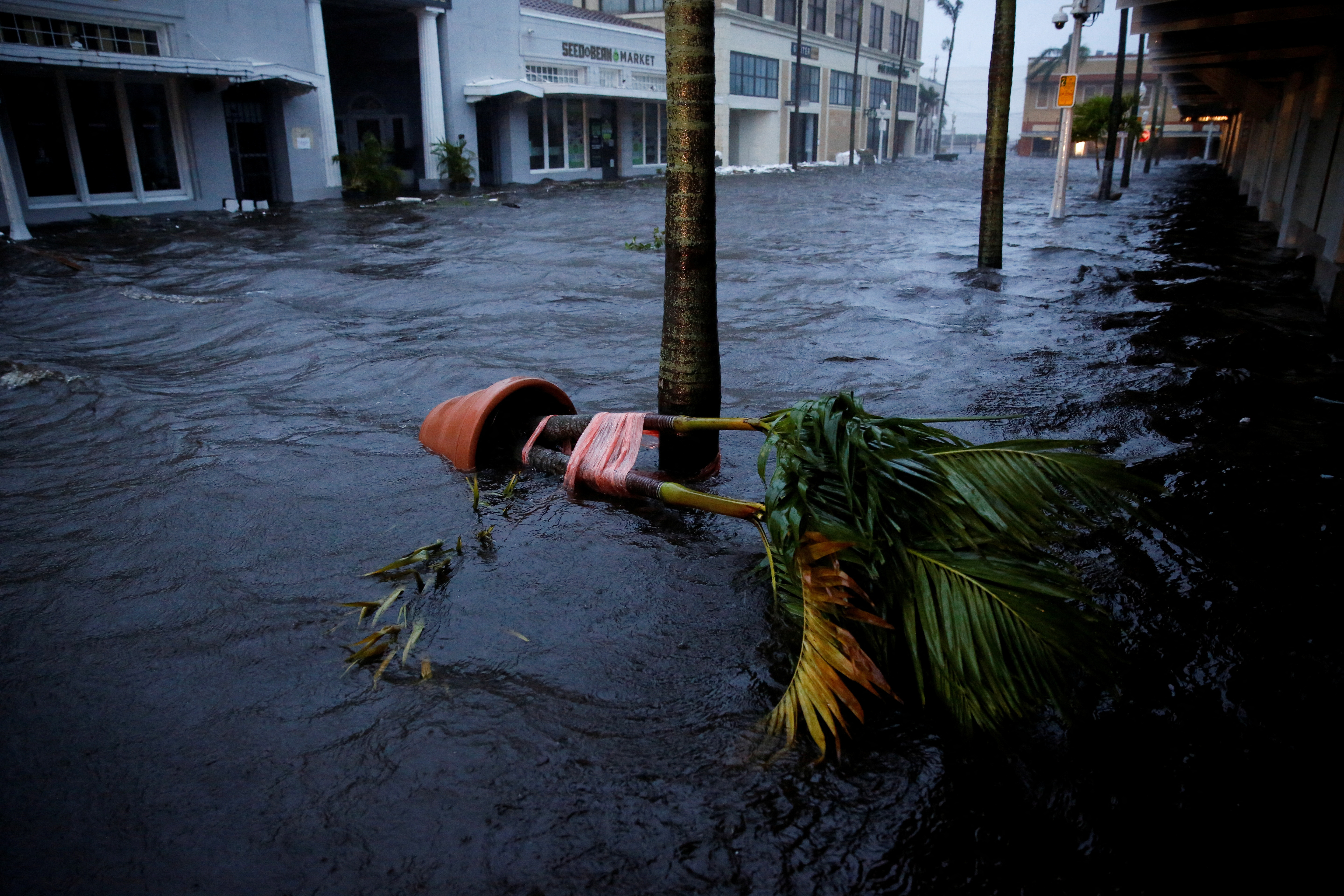 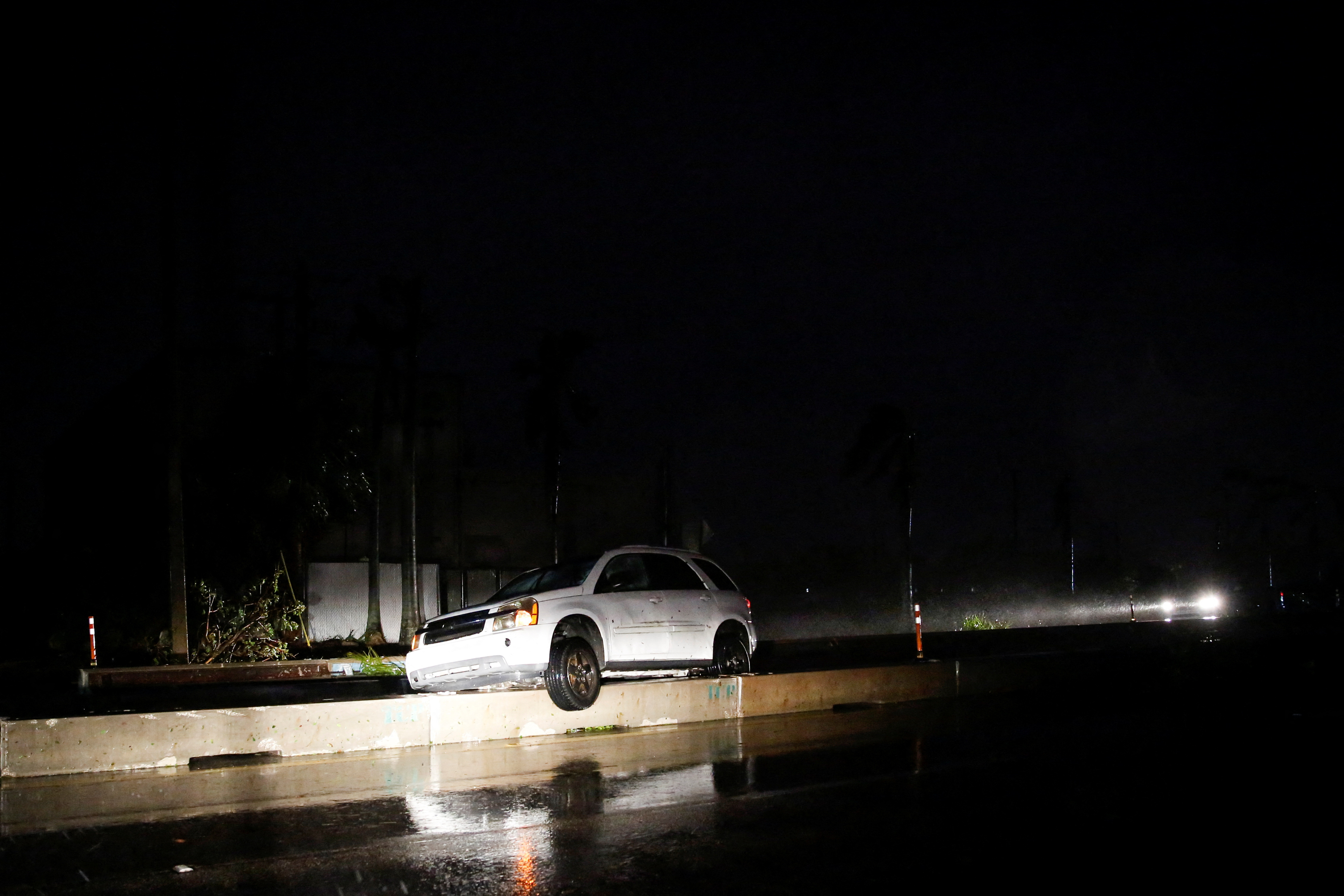 Video images of the storm’s fury on local TV and social media showed floodwater nearly reaching rooftops in some communities, sweeping away cars and the ruins of homes as palm trees were bent almost in half.

Having pummeled Cuba on Tuesday, leaving the island nation without power for hours, Ian swept into the southeastern Gulf of Mexico and reached its peak wind speeds of 155 mph, just shy of a Category 5 designation, shortly before landfall in Florida on Wednesday.

DeSantis said Ian had generated life-threatening storm surges – waves of wind-driven seawater rushing in along the coast – of up to 12 feet (3.7 meters) in some places. Forecasters also warned of intense thunderstorms and possible tornadoes.

“This is a storm that we will talk about for many years to come, an historic event,” said Ken Graham, director of the National Weather Service.

By comparison, Hurricane Michael came ashore in Florida’s panhandle in 2018 with steady winds of 155 mph, while Ida last year packed sustained winds of 150 mph when it landed in Louisiana.

Even as Ian lashed the coast before it finally swept ashore, authorities warned residents it was too late for anyone who had yet to evacuate to safely do so. Earlier this week, more than 2.5 million residents had been told to evacuate.

Many mobile home residents took refuge in local schools and other facilities converted to emergency shelters. The area’s numerous assisted-living facilities were mostly evacuated, too.

The worst hurricanes in Florida’s history as Ian takes aim

How climate change is fueling hurricanes