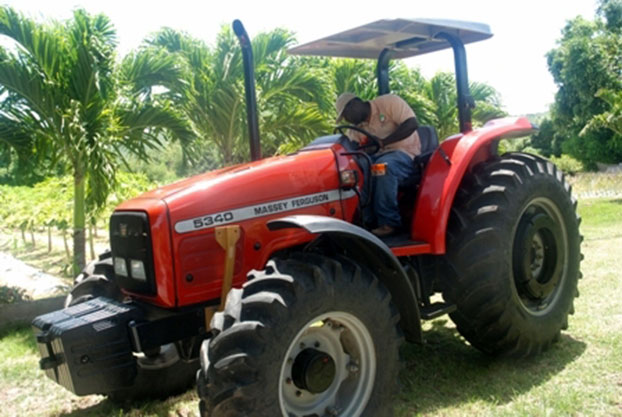 A weekend theft has left the Agriculture Department with one less battery to run one of their vehicles.

On Wednesday, Permeant Secretary (P.S.) of Agriculture Eric Evelyn confirmed that a one of the department’s newest vehicles was vandalized over the weekend.

“One of our trucks that was parked right in front of our Prospect office had its battery stolen,”P.S. Evelyn said.

The Observer, received other information saying the vehicle was intact on Friday afternoon. On Monday, employees noticed there was a metal plate under the vehicle. When the suspicious plate was investigated the battery, which cost about $450, was missing.

P.S.Evelynsaid this is not the first time the Ministry of Agriculture has been hit by theft.

“Thieves have stolen batteries from our vehicles already,” P.S. Evelyn said.“A couple of weeks ago they stole batteries from our tractors and others have been stolen before that.This is a very upsetting situation. There is just too much stealing.”

P.S. Evelyn emphasized the thefts will be a problem for taxpayers.

“In our budget we didn’t make any room for theft,” P.S. Evelyn explained. “The items being stolen need to be replaced right away. So at the end of the day taxpayers like you and I will be affected. It is costing us a lot of money and it is putting a huge strain on us.”