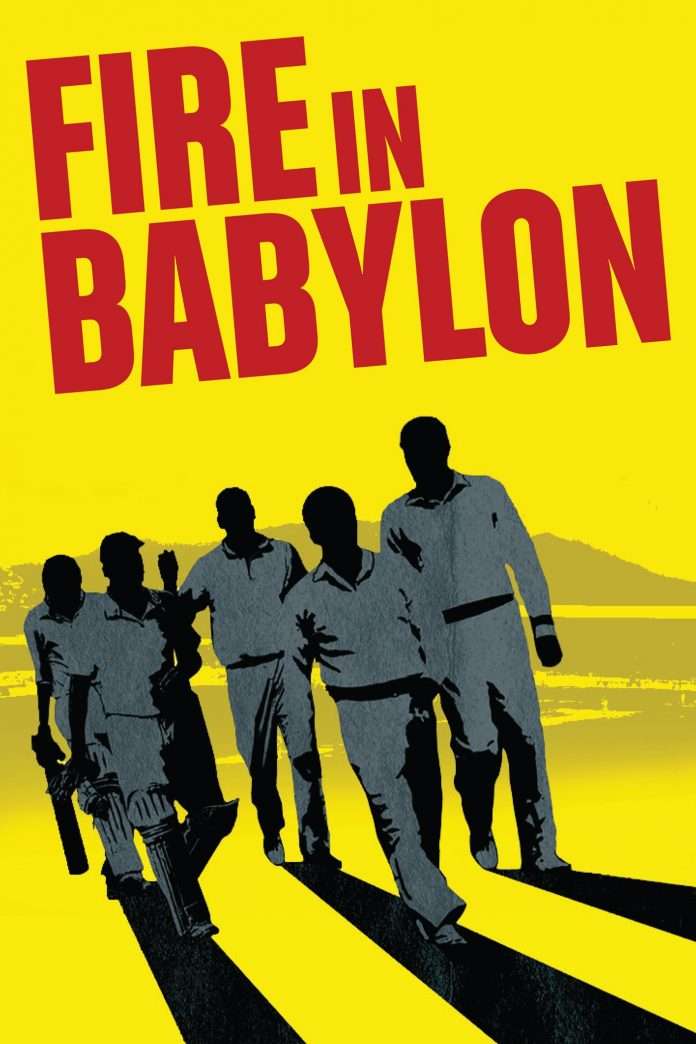 Ben Elliot, the Conservative party’s embattled co-chair, jointly owned a secret offshore film financing company that indirectly benefited from more than £120,000 of UK tax credits. The revelation Elliot has a British Virgin Islands-based company – which he owns with Ben Goldsmith, the brother of the Tory peer and minister Zac – will raise fresh questions for the businessman, whose courting of ultra-wealthy but controversial political donors has already provoked widespread criticism.

On Monday, the Pandora papers – the largest leak of offshore data in history, which has been shared with the Guardian and other media by the International Consortium of Investigative Journalists – helped expose how a series of substantial Conservative party funders are facing a range of allegations about their links to offshore finance.

Today, the same leak shines a light on a British Virgin Islands (BVI) company Elliot and Goldsmith created to fund the making of Fire in Babylon, the pair’s 2010 documentary film about the great West Indies cricket team of the 1970s and 80s.

Analysis of financial disclosures suggests the duo’s BVI company held a controlling stake in a British subsidiary that made the film. The UK company received a £600,000 loan from its BVI parent in 2008, plus £121,000 from a government scheme designed to incentivise film production in the UK between 2009 and 2011.

The film made a small loss, and without the tax credits the subsidiary would not have been able to fully repay its offshore creditors, the largest of which was Elliot’s and Goldsmith’s BVI company, which had loaned the UK business most of its funds.

While the arrangement does not appear to have breached any tax regulations or laws, it does raise questions about whether government film schemes should be helping to fund projects that are controlled in a tax haven.

If Fire in Babylon had become profitable, then the structure might also have provided some tax advantages. Neither Elliot nor Goldsmith answered the Guardian’s questions about whether any loan interest was paid by the UK production company to their offshore company, nor why the pair’s names were initially kept off publicly available Companies House filings, which would have shown how they had a controlling stake in the UK production company via their BVI company.

The connection only formally emerged in 2016, when Elliot and Goldsmith were registered as “persons of significant control” of the UK firm, WIB Productions Ltd, which made the film. They said the idea they “might have attempted to conceal our involvement in the making or financing of Fire in Babylon is patently absurd, given our names were all over it from the start, in the credits, on the invitations, in newspaper and radio interviews and so on”. Goldsmith added: “It is a love letter to one of the great sporting stories of all time.”

Here are responses, some of them edited, received from three offshore services providers – Alcogal, Asiaciti Trust and Fidelity – whose information appears in the Pandora Papers, and who were invited by the Guardian to comment on their activities and those of their clients.

“Alcogal complies with all laws in the jurisdictions in which it operates, and it has always been Alcogal’s policy to cooperate fully with competent authorities. It has a robust compliance department and its due diligence policies follow the standards set by the laws in the jurisdictions in which it operates, as well as recommendations made by international organisations such as the Financial Action Task Force (FATF). This includes registering the ultimate beneficial owners of corporate entities with the relevant authorities where required and submitting suspicious activity reports to regulators

“Alcogal refuses and, where appropriate, ceases to act for clients it suspects are involved in money laundering, terrorism financing or other illicit activities. It will also not act where it is unable to carry out the required customer due diligence in respect of ultimate beneficial owners of companies it is asked to register.”

“Asiaciti Trust provides fiduciary services to clients around the world. Our work is subject to stringent law and regulation by the relevant authorities in each jurisdiction in which we operate. We are committed to the highest business standards, including ensuring that our operations fully comply with all laws and regulations.

“We maintain a strong compliance programme and each of our offices have passed third-party audits for anti-money laundering and counter-financing of terrorism practices in recent years, which reflects our intense focus on this area. No compliance programme is infallible – and when an issue is identified, we take necessary steps with regard to the client engagement and make the appropriate notifications to regulatory agencies.

“The regulatory and industry landscape has evolved over the course of our 45-year history, and we have worked diligently to comply with prevailing regulations through this passage of time. Compliance is core to our business and we have adapted our company to meet the changing requirements. Any organisation operating over such a length of time is likely to have legacy matters that do not reflect the current business. We recognise there have been isolated instances in the past where we have not kept pace, and in these situations we have worked closely with regulatory authorities to address any deficiencies and quickly updated our policies and procedures.

“We take this opportunity to inform you that your allegations about us are premised on inaccuracies and incomplete information. You are undoubtedly aware that the same stringent law and regulation requires us to strictly maintain confidentiality and protect personal data. We are therefore unable to comment further on specifics.”

“As a licensed registered agent, we are precluded from disclosing any legally privileged information in respect to the companies under our administration, which includes information on its owners.