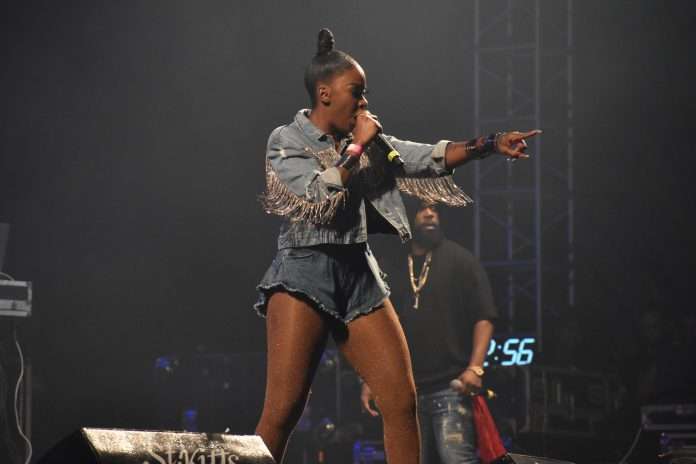 It was a night of pelting waist raising your hands in the air and at times just pure bacchanal, as the St Kitts Music Festival returned for the first time since the COVID-19.

Rucas HE was the first artiste on the Music festival stage and delivered a performance that his name suggests one of high energy.

He was followed by the Small Axe Band who earlier in the day promised performance of the highest calibre and did not disappoint as they had the audience running from one side of the venue to the other. 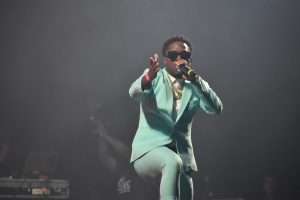 Grand Masters Band followed and reaffirmed their status as one of the top local entertainers captivating the audience with hit after hit.

The highlight of their performance was when they led the crowd to “Jump like a Kittitian.”

Lyrical Ace was the first overseas artist to touch the stage and from the first sighting had fingers of the audience pointing as he entered with his popular song ‘Happy Place’.

He went on to complete a 30-minute set that left many pleading for more.

His compatriot Nadia Batson followed and delivered a performance of the highest quality showing off her vocal and whining skills. 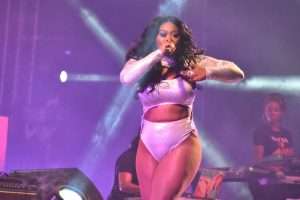 Nadia had the crowd singing word for word the lyrics of her popular song “So long I ain’t see you.”

Voice followed and for 30 minutes had the capacity audience in a getting that was missing during the two years of the pandemic.

He also paid tribute to Blaxx who passed earlier as he allowed the audience to “Let Go” in remembrance of the fallen soca artist.

His popular son “Cheers to Life” had almost reminiscing on the sweetness of life.

The tempo was changed when dancehall artiste Masicka offered a different pace on a soca-heavy night. His 30-minute performance had the audience singing every word of every song from start to finish for the entire half an hour set.

His set climaxed when he had the audience singing “Everybody Up” as he neared the end of his performance. 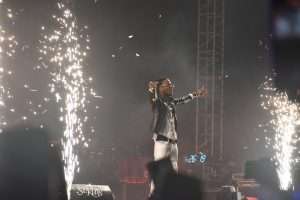 The Queen of Bacchanal Destra reigned over her kingdom and had full command of when she said jumped they jump when she put her hands in the air they responded without delay.

When the participants in the call to action were not up to her standard, she demanded improvement and the audience happily obliged. 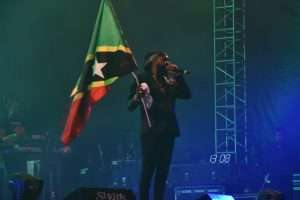 Viking and Viqueen delivered as well a top performance as the penultimate act as the husband and wife duo of Bunji Garlin and Fay-Ann Lyons featured hit after hit in their music catalogue over the years.

While the opening night was well late of the cut-off time majority of the fan did not move a muscle as they determined that they would have stayed on and gotten their money’s worth and waited for the ever-popular Nu Vybes Band International to close down the first of the three nights.

The Sugar Band as they are also known brought curtains down on the night with the show ending sometime after 4:00 am.