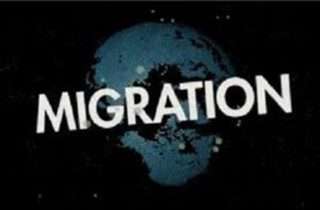 The first World Health Organization (WHO) report on the health of refugees and migrants shows poorer health outcomes for many vulnerable ones from the Caribbean and other places.

The report states that worldwide, millions of refugees and migrants in vulnerable situations, such as low-skilled migrant workers, face poorer health outcomes than their host communities, especially where living and working conditions are sub-standard.

The WHO, therefore, warned that this has dire consequences for the probability that the world will not achieve the health-related United Nations’ Sustainable Development Goals for these populations.

“Today, there are some one billion migrants globally, about one in eight people. The experience of migration is a key determinant of health and wellbeing, and refugees and migrants remain among the most vulnerable and neglected members of many societies,” said Dr Tedros Adhanom Ghebreyesus, WHO Director General.

“This report is the first to offer a global review of refugee and migrant health; it calls for urgent and collective action to ensure they can access health care services that are sensitive to their needs,” he added. “It also illustrates the pressing need to address the root causes of ill health and to radically reorient health systems to respond to a world increasingly in motion.”

According to the International Organization for Migration, Northern America was the destination for 59 million international migrants in 2020.

In Latin America and the Caribbean, WHO said the number of international migrants more than doubled since 2005 to 15 million in 2021, making it the region with the highest growth.

Based on an extensive review of literature from around the world, WHO said the report demonstrates that refugees and migrants are not inherently less healthy than host populations.

“It is, rather, the impact of the various suboptimal health determinants, such as education, income, housing, access to services, compounded by linguistic, cultural, legal and other barriers and the interaction of these during the life course, that are behind poor health outcomes,” WHO said.

The report reiterates that the experience of migration and displacement is a key factor in a person’s health and wellbeing, especially when combined with other determinants.

It pointed to a recent meta-analysis of more than 17 million participants from 16 countries across five WHO regions which found that when compared with non-migrant workers, migrant workers were less likely to use health services and more likely to have an occupational injury.

WHO said evidence also showed that a considerable number of the 169 million migrant workers globally are engaged in dirty, dangerous, and demanding jobs, and are at greater risk of occupational accidents, injuries, and work-related health problems than their non-migrant counterparts, “conditions exacerbated by their often limited or restricted access to and use of health services.”

The Pan American Health Organization said it is implementing a project in coordination with national authorities in ten Central- and South American countries to protect the health of migrants and ensure their access to health services.