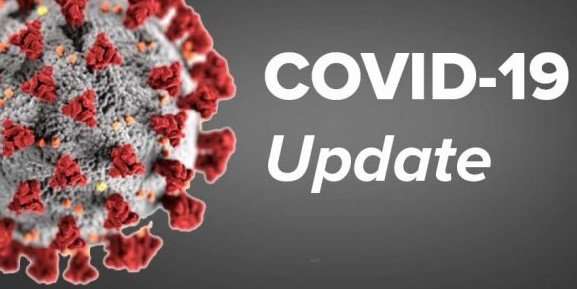 Almost 15 million deaths were caused either directly or indirectly by COVID-19 in 2020 and 2021, according to a new World Health Organization (WHO) estimate, far higher than the previously reported total.

The estimate of 14.9 million deaths is more than double the previous figure of roughly 6 million. The new totals focuses on “excess mortality,” meaning deaths both directly caused by COVID-19 itself, and indirectly, such as when someone dies from heart attack because hospitals were overwhelmed due to the pandemic.

“These sobering data not only point to the impact of the pandemic but also to the need for all countries to invest in more resilient health systems that can sustain essential health services during crises, including stronger health information systems,” Tedros Adhanom Ghebreyesus, the WHO’s director-general, said in a statement. “WHO is committed to working with all countries to strengthen their health information systems to generate better data for better decisions and better outcomes.”

The estimate has drawn some controversy: India, for example, has disputed the methodology, which shows deaths there have been far higher than the officially reported total.

The release from the World Health Organization comes as the U.S. death toll from the virus approaches 1 million, a staggering amount itself.

The daily number of new deaths in the U.S. has fallen to one of the lowest points of the pandemic, at around 375 per day, according to a New York Times tracker. But that is at risk of ticking up again at least somewhat as more infectious subvariants of omicron spread in the United States.

Getting vaccinated and boosted still offers important protection against severe disease and death. An analysis from the Kaiser Family Foundation and Peterson Center on Healthcare found about a quarter of U.S. COVID-19 deaths, 234,000, could have been prevented if people had been vaccinated.

SAO PAULO, May 4 (Reuters) – COVID-19 cases in the Americas increased by 12.7% last week from the prior week, the Pan American Health Organization (PAHO) said on Wednesday, as infections continued to rise in Central and North America.

The Americas reported more than 616,000 new cases last week, while the death toll was down by less than 1% in the same comparison to 4,200, the organization said. read more

“COVID-19 cases and hospitalizations are rising in far too many places, which should prompt us to strengthen our measures to combat the virus, including surveillance and preparedness,” Etienne told a news conference.

“We must reach those who remain unvaccinated with the full COVID-19 vaccine primary series, and ensure access to boosters, especially to the most vulnerable,” she added.

According to PAHO, cases were up for the fifth consecutive week in North America, rising 19.5%. That was driven by a 27.1% increase in the United States as new infections declined in Canada and Mexico.

Central America posted a 53.4% rise in infections in the same comparison, PAHO said, while the Caribbean reported a 15.4% increase in new infections, with cases rising in 24 of the 34 countries and territories.

South America posted an overall 8% drop in new infections, even as seven of its ten countries reported increases.