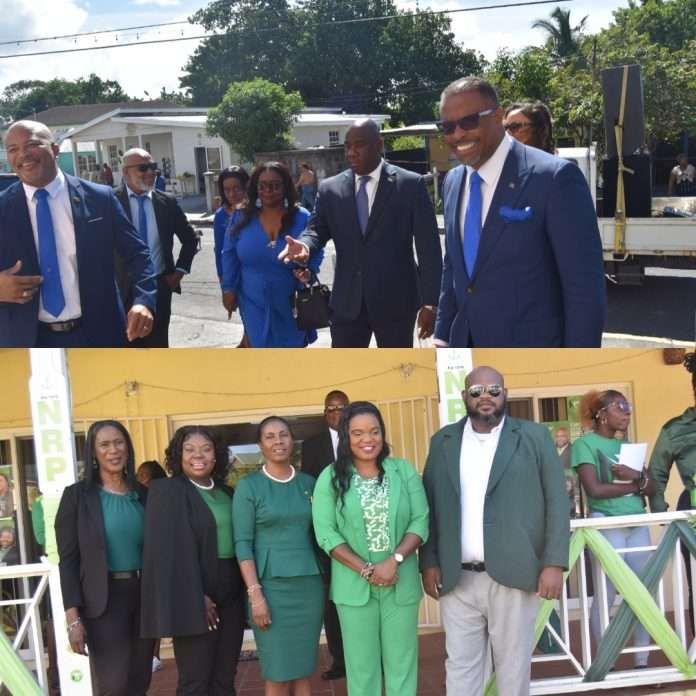 As expected, the fate of the Nevis Island Administration (NIA) will come down to a battle between the Concerned Citizens’ Movement (CCM) and the Nevis Reformation Party (NRP) for the right to govern, with both parties nominating five candidates for the island elections.

On Monday, December 5, 12 candidates in total were nominated for elections, including two from the Moral Restoration Movement (MRM).

In Nevis 1, Spencer Brand of CCM and Jaedee Caines of NRP have been nominated.

On Nomination Day, Brand said he was delighted to be duly nominated as the candidate for CCM for the upcoming general election.

“It is for me a humbling experience, and I indeed once again want to use this opportunity to pledge to the people of St Pauls and the people of Nevis, that I would continue to work assiduously to develop the constituency and island as a whole.”

In District 2, Mark Brantley of the CCM, Samuel Caines of MRM and Dr Patricia Bartlette of the NRP were nominated.

Brantley, the incumbent premier, said he was honoured that the people have seen in him a representative they can trust.

“This is the ninth election I am contesting since I entered political life, and I want to thank my nominators, Lorna Hunkins and Dennis Brown – and to say, Dennis Brown has nominated me nine times. We have been on this journey together, and I am grateful to him and the people of St Johns.”

In District 3, nominated were Eric Evelyn of the CCM and Rohan Isles of the NRP.

Nominated in District 4 were Alexis Jeffers of CCM, Patricia Mills-Jeffers of MRM and Dr Janice Daniel-Hodge of NRP.

District 5 will be contested between Latoya Jones of CCM and Cleone Stapleton-Simmonds of NRP.

Stapleton-Simmonds said she was looking to return to represent her district.

“I wish to thank everyone for coming out and supporting us here at the Nevis Reformation Party as we look forward to victory at the polls.”

The 12 candidates will be seeking elections to the 10th Nevis Island Assembly.

The voters’ list comprising 13,169 electors has been released and is being reviewed by stakeholders. The list comprises people registered to vote up to and including September 2022

“Voters are encouraged to check this list in advance of polling day. I wish to remind voters that the voting process is not completed until your index finger is dipped into the electoral ink to the satisfaction of the presiding officer,” Peets said.