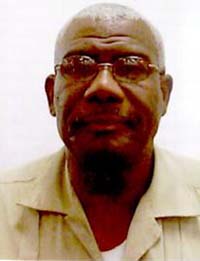 “Evil is the pursuance of that which harms oneself and others. It is that which is not the will of God, for one self, and for others”. More simply put, “Evil is sin, which distort one’s relationship with God himself, other people and with creation”.

The prophet Isaiah records, “I am the Lord, there is none else, and there is no God beside me. I guided you even though you did not know me… I formed light and created darkness. I made peace and created evil. I the Lord do all these things” (Isaiah 45:5-7).

God therefore has a relationship with evil in the world. Does God then actually cause the evil actions that people do? If this is a fact, does it signify that God is responsible for sin?

Scripture, in several places addresses our questions in direct ways. Firstly, God did indeed cause evil activities to be formed and to be executed. However, it is imperative to note, that none of the text to which I shall refer, will show God as directly doing anything evil, or taking pleasure in evil.

It is my hope, that all readers of this article would view this teaching as a bit of literature that is a forthright effort, which would make all of us aware as to this subject and its scriptural context.

Secondly, all of us existed in the archives prior to our birth. All of us were given our purpose – talents, gifts, and abilities before we were born. This is a point God made clear to Jeremiah, at his refusal to make himself available for the fulfillment of His call upon his life. “Before I formed you in the belly I knew you, and before you came out of the womb I sanctified you, and ordained you a prophet for the nation” (1:5).

Joseph, the eleventh son of Jacob was very receptive to God’s call on his life. Being so elated, he felt it was necessary to share this important aspect of his life with his brothers and father. His brothers did not share his enthusiasm for a number of reasons.

They failed to accept their purpose with the same zeal. They saw their call to be simply nomads – moving up and down, sometimes in the hills, in the ravines, and on the plains, merely caring for animals. They did not have as much privilege as did Joseph in their father’s eyes; neither did they feel as loved by their father as Joseph felt. And to top it off, Joseph, one day will have a job which would give him authority over them.

All these, and maybe more, inspired Joseph’s brothers to be very jealous of him, which motivated their green-eyes to hate him (Genesis 37:4, 5, 8, 11). They gave such degree of vent to this hatred that they wanted to remove him permanently from the scene.

So they actually planned to kill him. “Come now therefore, and let us slay him, and cast him into some pit, and we will say, some evil beast hath devoured him: and we shall see what will become of his dreams” (37:20). Imagine that they concocted this evil to put him to death, while he was on his way to them which their interest at heart (37:12-19).

No one can thwart God’s plan. His plan is always set out in a straight line, but man or demons always try to put road blocks in that straight and narrow path. When Joseph’s brothers were planning to this wicked end of his life, God used one of them (Reuben) to supply an alternate plan that would have ended what He willed. Reuben said, “Let us not kill him (shed no blood), but put him in a pit here in the wilderness”.

Reuben’s real intention was to double back and pull Joseph out, and deliver him to his father Jacob. Reuben’s intention here was to save Joseph’s life and his father’s too. He feared that Jacob, hearing about Joseph’s death, would have taken it to heart and died.

God however, who does not delight in evil, had His own purpose in Reuben’s alternate plan – Joseph was to go to Egypt to save lives.

God removed evil number one, and Joseph is on his way to Egypt, being sold to the Midianites merchants for twenty pieces of silver (37:28). Joseph is now in Egypt, and is sold to one of Pharaoh’s top guards – Potiphar. Potiphar made Joseph very comfortable and put him in charge of his household, except his wife and his meals (39:1-6).

The devil is at his best when God’s people find grace in the eyes of others. Potiphar’s wife began to eye this handsome, young, intelligent boy. Each day she made plans to draw him into her adulterous clutches; until one day when her husband was out, she grasped the opportunity to make her request known. Joseph, who was obligated to God, preferred His ways over against Potiphar’s wife’s.

Being let down, Potiphar’s wife decided that Joseph must pay for not acceding to her request. She was so desperate with her desire, that Joseph had to flee, leaving his coat that she pulled off. This is the same coat she used to persuade her husband that Joseph did try to commit the crime. Her words prevailed; Joseph was tried, God has removed evil number two, and Joseph is on his way to prison.

In prison, Joseph rose once again to prominence. He was placed as deputy overseer. He was unharmed in all these because God was with him (39:2). This was the key to his life and it is the key to the Christian’s life. Pharaoh disciplined two of his palace servants, and sent them to prison. God revealed these servants’ fate to them through Joseph. Sure enough, Joseph’s interpretation of their future came to pass and two men’s lives went as was foretold.

Egypt’s fate was on the line, and Joseph was called to the palace to interpret King Pharaoh’s mystery. God removed evil number three, and Joseph is on his way to the palace to save the lives of the Egyptians, and the children of Israel. As a result, Joseph was given the position to save all Egypt and its environs, from annihilation through starvation (Genesis 41:14-end).

God moved all the obstacles, and Joseph is now in command in Egypt. Joseph’s brothers are forced to appear before him in order to live. Joseph, after 13 years revealed to them that he is their brother Joseph, whom they hated and sold. However, said Joseph, “Do not be afraid; God sent me here to save lives” (45:5). “Your action was evil, but God used it for good” (50:16-20).

Evil will never prevail over God’s children, who have tenacity with Him. Joseph at no time had a preacher, or a prophet, to remind him to keep on the straight and narrow road with God. He had, and maintained full fellowship with God, who at all times provided the calm (peace) and serenity which was necessary for his success. The Christian also who has a sense of stick-to-it-ive-ness will conquer in any situation, thus showing God’s Word is true “He makes peace and creates evil”.