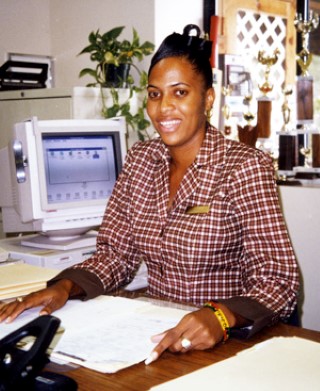 Nevisians have been voicing their concerns that an accused murderer may go free because of his status in the local sporting arena.

Warrington Phillip was arrested and charged for the February 16, 2007 murder of his wife Shermelle Williams-Phillips.

Phillip was a former Leeward Islands cricketer and for a time held executive positions on both Nevis’ national cricket and football teams.

The Observer understands that the islanders fear any trial held in Nevis for the accused may result in a hung jury. Persons have said that certain high profiled figures on the island may use their wealth or social standing to influence jurors on the case to sway a verdict in his favour. One woman had a different opinion, speculating that Phillip would be pleading temporary insanity.

“I feel he goin’ play crazy so he could get off. He done start ‘bout he fainting after they find the girl dead. Even if jurors think he do it, they ain’ goin’ want to believe that one man could be so wicked so he have to be plum crazy. They doh be crazy before things happen, only when they geh ketch,” the woman said.

Other persons did not share the same sentiment, saying that persons were supposed to be presumed innocent until proven guilty.

“Everyone painting the man out to be a cold-blooded murderer and no case try yet. You have to wait till the trial to learn all the facts before you could make that decision. Judging the man based on rumours is not fair. They don’t have any witnesses who could say they see him do it and these police here ain’t high tech like in the States to do DNA testing and those kinds of things,” a Jessups resident said.

Shermelle was discovered dead in her car after being stabbed multiple times about her neck and head. The family of the deceased have made allegations that the accused had repeatedly beaten the 27-year-old Four Seasons Resort employee and threatened to kill her on numerous occasions.

They allege that Shermelle made several reports to the Nevis police and later her father, that Phillip has physically abused the woman and said he would kill her. Police would only confirm one such report where they said that Shermelle reported that her husband had threatened to harm her.

The sheer brutality of the crime had left the entire Federation stunned and saddened after reports were publicized of how many stab wounds the victim had received and the location of wounds.

Shermelle was living in a Brown Hill home she formerly shared with Phillip until he had moved out in October 2006. At the time of his arrest, Phillip was living in a home in Jessups that the couple had occupied before police was called to assist the woman in moving.

Police investigations are ongoing as Phillip awaits trial in Her Majesty’s Prison in St. Kitts. Shermelle was laid to rest last Friday though many have said they doubted whether she could indeed rest in peace before her killer was brought to justice.