BASSETERRE, St. Kitts – Off spinner Mirza Jamil snapped up two wickets in the final over to bowl Pakistan to a dramatic two-run victory over West Indies in the knockout final of the CLICO International Under-15 Championship at Warner Park on April 24.

With the hosts requiring a run-a-ball from the final six deliveries of the match, Man-of-the-Match Jamil held his nerve to send down two dot balls to No. 10 batsman Donavan Nelson before having him caught at midwicket attempting a boundary.

Devone Davis, who was left undefeated on 24, spanked the fourth ball to deep extra cover and scampered two but could only achieve a single from the penultimate delivery, to leave his partner Omar Samuels needing a big hit to win the match.

Jamil, however, sent down a flatter, faster ball which Samuels failed to negotiate and wicketkeeper Faizan Khan whipped off the bails to end the Windies innings at 217 all out.

Chasing a competitive target after Pakistan were dismissed for 219 off 49.5 overs, West Indies got off to a blistering start thanks to an opening partnership of 68 in just seven overs from openers Kraigg Brathwaite (77) and John Campbell (40).

Campbell was the more aggressive of the two batsmen slamming a quickfire 40 from 20 balls.  The well-built left hander cracked six punishing fours and the only six of the match before he was deceived by a slower delivery from fast bowler Syed Abbas.

Three overs later Abbas struck again when he had Ramon Senior comprehensively beaten and bowled by a well directed yorker. This signaled the beginning of a middle order batting collapse as the Windies quickly went from 72 for two to 102 for six, in a matter of minutes.

A combination of poor batting and outstanding bowling by leg-spinner Hafiz Uzman Quadir (4-33), were the main reasons for the middle order crumble, as the Windies lost four wickets for 30 runs.

Top scorer Brathwaite and Kyle Mayers (55) kept alive hopes of a West Indies victory as they steadied the innings with a partnership of 76 for the seventh wicket.

Things fell apart, however, when the Barbados opener was spectacularly run out with a direct hit from mid-wicket by Jamil to leave the hosts struggling.

The elegant right hander stroked five fours in his innings that lasted 112 balls and spanned two and a half hours.

Mayers also went by the run out route, trying to push for runs in the latter part of the innings. He struck six fours from 89 deliveries.

Earlier, winning the toss and batting first, Pakistan’s total was built around contrasting half centuries from Muhammed Babar and Muhammed Nawaz.

Babar top-scored with 70 and was engaged in a first wicket partnership of 61 with Muhammed Naeem.  He had nine boundaries in an innings that lasted for 96 balls and was leg before to Campbell from a well disguised arm ball.

Nawaz helped to revitalize the Pakistan innings after the West Indies off-spinners Hodge and Senior applied the brakes. Choosing to go on the offensive, the left hander made an attractive 58 from 64 balls with six boundaries.

He got good support from Zafar Gohar who made 21 and the two added 57 for the seventh wicket to ensure the visitors reached their eventual total.

For the West Indies, Hodge finished with three for 39 while Davis took two for 44.PAKISTAN

Hafiz Usman Qadir not out 11 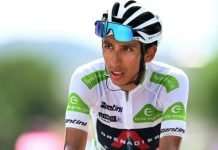