The Windies cricket team returns to Warner Park this weekend after more than a year since the last played in St. Kitts and Nevis.

The Windies will battle with Bangladesh playing the final game of the Three-Match One-Day International (ODI) series tomorrow, July 28, and the first game of the three-match T20 series next Tuesday. The games begin at 9:30 a.m. and 8:00 p.m. respectively.

The President of the St. Kitts Cricket Association Dennis Phillip, who is responsible for hosting the game in Warner Park said preparations for the game are going well.

“From a cricket association standpoint, we are doing as much as we can,” Phillip said. “We have done this before, hosting international games. We would have liked to see the venue in much better shape, instead of waiting until the last minute to get it prepared. None the less things are falling in place and we are doing all that we can with the resources we have.”

Warner Park has seen some changes done to the venue over the years. The most recent upgrade was when the ground curators replaced the old pitch with a new surface.

“The new square has been requested for quite some time and finally we got it,” Phillip said. “Last Saturday we hosted a test of the pitch in a St. Kitts versus Nevis game and the pitch played true, it assisted the spinners, it also assisted the seam bowlers, so we think it is a much better pitch than we have had.”

“We are confident that the pitch upgrade has contributed to a better square.”

Tickets went on sale on Monday, at $65 EC in the stands and $25 for the mound.
“It seems high, it is not the norm but on the other hand, Cricket West Indies is looking at the reality of the cost of the games in terms of what it is costing to host matches,” Phillip explained. While high, it is a realistic figure.”

Phillip disclosed that the players and officials were expected to arrive Thursday night. “They will practice Friday and play on Saturday, followed by the T20 Tuesday.”

Philip implored all cricket fans to come out and support the regional side.

“I want to encourage the public to come out and support the Windies I expect to see some good cricket at Warner Park,” he said. 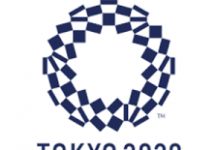