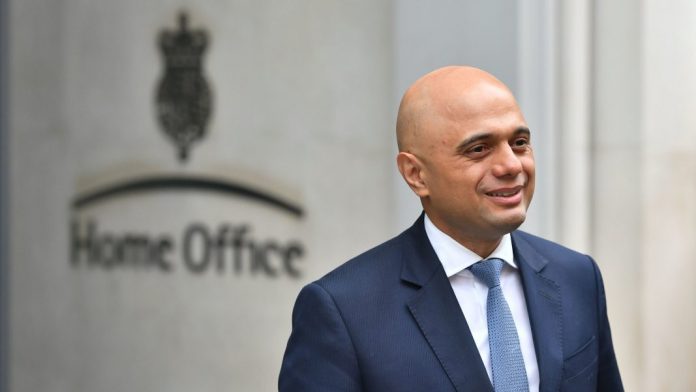 LONDON, United Kingdom – The UK’s Home Office has announced that it will soon start making payments as part of the Windrush scandal compensation scheme.

In a written statement to Parliament, Home Secretary Sajid Javid said the compensation scheme has been receiving claims since April this year and the Home Office is now in a position to make payments.

Thousands of victims, many of them Jamaicans, who went to the UK between 1948 and 1973, will receive payments from an estimated £200 million compensation fund under the two-year initiative after facing difficulties establishing their immigration status.

According to the Home Office, up to 15,000 eligible claims are expected to be lodged. Mr. Javid told MPs that there will be no cap on the total amount awarded as the £200 million figure was a baseline estimate.

Each application will be assessed individually and a level of payment decided. An official impact assessment said the final payout could range from £120 million to £310 million.

The Windrush Compensation Scheme was officially launched in April of this year to compensate those whose lives were damaged by the Home Office’s mistaken classification of thousands of long-term British residents as illegal immigrants. These damages could range from a loss of employment, access to housing, education, or National Health Service (NHS) healthcare; to emotional distress or deterioration in mental and physical health.

The Windrush Generation refers to the immigrants who arrived in the UK between 1948 and 1971 from Jamaica and other Caribbean countries to address labour shortages.

Many of them had arrived as children on their parents’ passports, and although they have lived in Britain for many decades, they never formally became British citizens.

Amid the tightening of the immigration rules stemming from a policy set out by Former British Prime Minister, Theresa May when she was Home Secretary (2012) to make the UK “a really hostile environment for illegal immigrants”, thousands of persons were being denied services, losing their jobs, facing deportation, among other problems.

Last April, UK Prime Minister, Theresa May apologised to 12 Caribbean leaders for the treatment of the Windrush Generation in the UK. In addition, the Home Secretary established the Windrush Taskforce, which has helped over 3,600 people secure British citizenship.

The Windrush Compensation Scheme is just one of the ways in which Britain has promised to right the wrongs of the Windrush scandal.