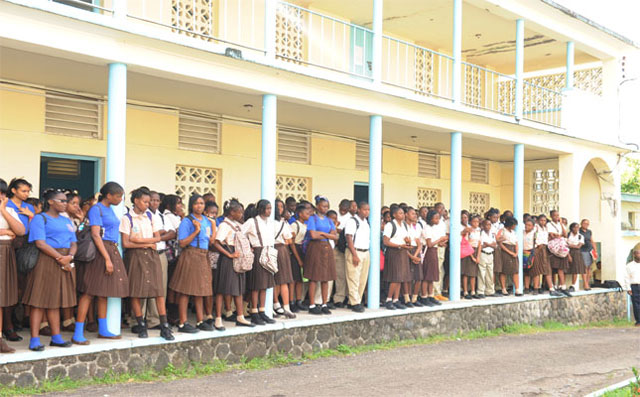 Basseterre, St. Kitts-Initial work on the new Basseterre High School is set to get underway shortly according to education Minister Shawn Richards.

Mr. Richards said the planned construction of the school could see significant moves being made in the next week.

“It was just on Friday that the gentleman from the Land and Surveys Department told me that the was going to the Ministry of Education to speak to my assistant secretary with responsibility for finance to get some monies released to have the 14 acres which have been allocated for the Basseterre High School cleared, so within the next week or so you should see the clearing of the land for the brand new Basseterre High School,” he said.

In November Richards disclosed that a location in the Ponds Site area has been identified to house the school after previously stating that five sites had been identified for the as possible locations for the new school.

He added that two of the most favored sites were one of the Ponds Area sites and the one at Shadwell.

“The site which we looked at in the Shadwell area we asked sustainable development to give some advice on it. That was requested due to the fact that you have a number of mechanics which have already been allocated lands at the very same sight,” he said.

Richards said the location at Shadwell was deemed inadequate and the Ponds Site area was agreed upon to house the school.

Since taking office the Team unity Government has committed to constructing a modern day high school replacing the current Basseterre High School site that was marred in controversy over students and teachers getting sick at the site.

Currently the school is located in temporary buildings on land just outside the Washington Archibald High in Taylors as well as in surrounding buildings in the area.

Richards also spoke of plans to upgrade and refurbishing the pre-schools around the island including the one in Sandy Point.

“It is no secret that our government has a social responsibility that it has been pursuing to improve the delivery of all services to make the programs more relevant to the needs and aspirations of our people,” he declared.

“We are going to be building new institutions inclusive of a brand new Basseterre High School.”