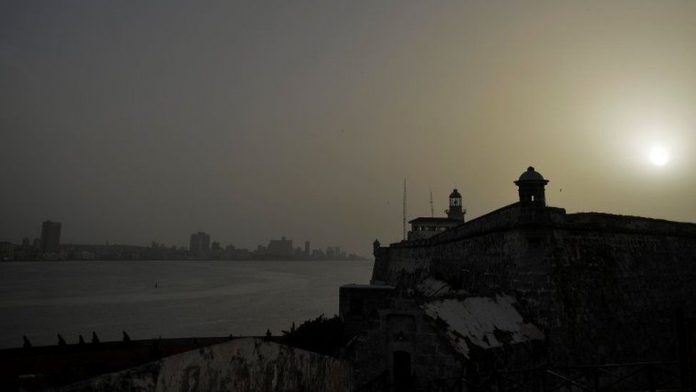 The World Meteorological Organization (WMO) has issued its annual Airborne Dust Bulletin on the incidence and hazards of sand and dust storms, which have been highlighted by a massive Saharan plume which has blanketed many parts of the Caribbean.

This dust plume arrived from North Africa in the Eastern Caribbean on June 17. It has since affected a wide spatial extent of the greater Caribbean area, from the southeast Caribbean just off the northern coast of South America and as far north and west as the Yucatan Peninsula of Mexico.

The dust storm has darkened skies, contaminated rainwater and greatly reduced visibility. It also poses a significant health hazard. African dust blows across the Atlantic every year. But this year the event is particularly intense and extensive. 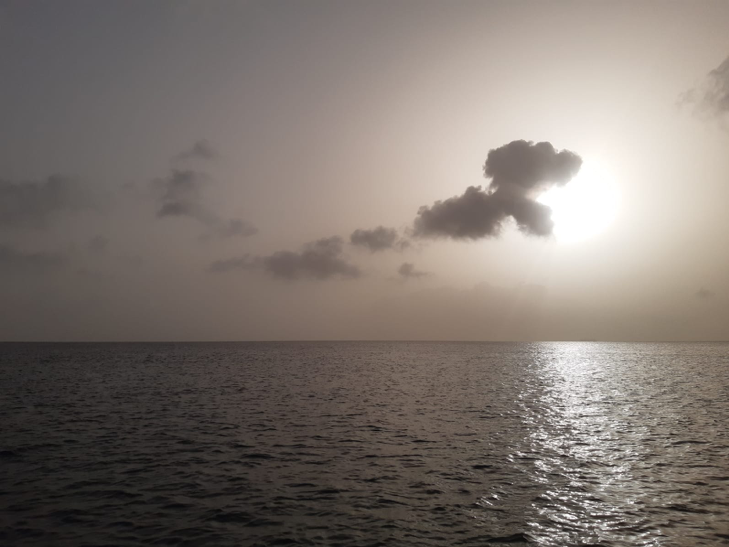 “Sand and dust storms are severe hazards that can affect weather, climate, the environment, health, economies, transport and agriculture in many parts of the world,” said Dr Oksana Tarasova, Head of WMO Atmospheric Environment Research Division. The ongoing dust storm, which has affected daily life in the Caribbean, shows the importance of forecast and warning services.”

Martinique, Guadeloupe and Puerto Rico classed air quality levels in the “hazardous” category with record values of PM10 – a particulate matter which can penetrate into the lungs causing respiratory problems and disease. Martinique and Guadeloupe reported PM10 concentrations higher than 400 micrograms per cubic meter (µg/m3). Puerto Rico recorded PM10 concentrations higher than 500 µg/m3, the highest observed in the last 20 years of data.

Aerosol optical thickness (AOT) measurements in Martinique, Guadeloupe, Puerto Rico and Barbados have been at record levels. The University of Puerto Rico has observed the highest aerosol scattering values since their measurements were started. This is according to Professor Olga L. Mayol-Bracero of the Department of Environmental Science at the University of Puerto Rico, and Dr Andrea Sealy, meteorologist with the Caribbean Institute for Meteorology and Hydrology and chair of the Pan-American regional steering group of WMO Sand and Dust Storm Warning Advisory and Assessment System (SDS-WAS.)

“This is a dust event of truly historic proportions,” they said.

Sand and dust storms are common meteorological hazards in arid and semi-arid regions. They are usually caused by thunderstorms – or strong pressure gradients associated with cyclones – which increase wind speed over a wide area. These strong winds lift large amounts of sand and dust from bare, dry soils into the atmosphere, transporting them hundreds to thousands of kilometres away.

Every year, around 2,000 million tons of dust enters the atmosphere. Much of this is a natural process, but a large part of it is the result of poor water and land management.

WMO’s Sand and Dust Storm Warning Advisory and Assessment System seeks to provide operational forecasting and warning services for various regions of the world in a globally coordinated manner in order to reduce the impacts on the environment, health and economies.

It has regional centres which provide forecasts for Asia, Northern Africa, the Middle East, Europe and the Americas.

Its new edition said that, generally, in 2019 the spatial distribution of the global surface concentration of mineral dust in 2019 was similar to that present in 2018.

A pronounced dust belt, composed of primary dust sources, including northern and Central Africa, the Arabian Peninsula, northern India, Central Asia, and the deserts in north-western and northern China could clearly be seen in the northern hemisphere.

Dust concentrations reached their highest level in the southern hemisphere (~200 µg/m3) in parts of Central Australia and the west coast of South Africa.

From these locations, dust was transported to the surrounding regions, including the northern tropical Atlantic Ocean between West Africa and the Caribbean, South America, the Mediterranean Sea, the Arabian Sea, the Bay of Bengal, central-eastern China, the Korean Peninsula and Japan, demonstrating the significant impact on many regions of the world.

In most dust plume-affected areas, the surface dust concentration in 2019 was higher than the climatological mean. Exceptions to this were parts of North Africa, including Mauritania, Mali, Algeria, western Libya, Sudan, Niger, Nigeria and Chad; Central Asia; Central Arabia; Iraq; central-northern China; and central-western Australia (Figure 2).