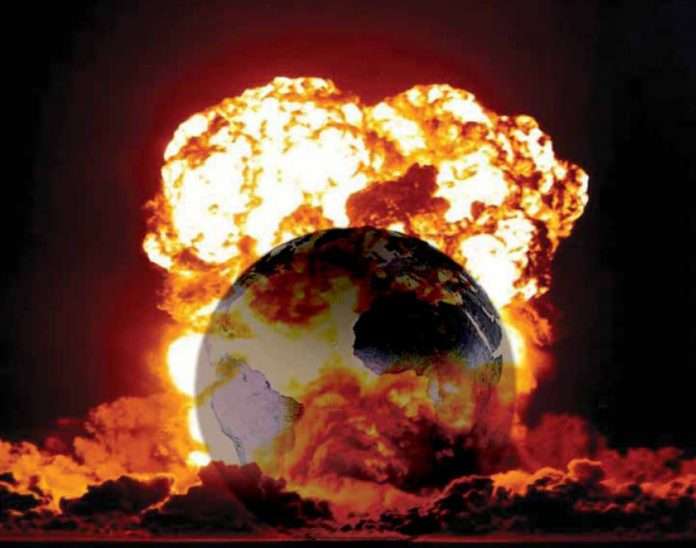 The Invasion of Ukraine By Russian Military Forces

The Russians swept with an overwhelming column of its armed forces, over a part of eastern, and western Ukraine. With this amount of military power, the Russian’s 40 km long of combat fire power, unleashed it, on a sovereign, democratic nation. It started on  February 24th,  2022. This Russian “might misconstrued right” targeted the civilian population, including military, and other vital infrastructure, and brought about a refugee crisis within Poland.

Sir Winston Churchill, described as “Britain’s Lion Hearted Prime Minister” declared war on Germany, and sent this communiqué to Adolph Hitler. “Britain will fight you in the air, on the land, the sea, and in Poland”, It was August, 1941, Britain was at war.

The analysis of the Russian invasion is not only a war between Russia, and Ukraine, but also, a potential clash of civilizations. This brings China, and Russia/U S S R symbolizing the geopolitical space of the east, and the United States, Great Britain, Canada, Germany, France, Denmark, Holland, Poland, etc., leading the western alliance.

Poland borders unto Ukraine. Thus, its close geopolitical space, and its close proximity to Ukraine, Poland is playing a most critical role in this man made crisis. Poland has opened its doors to almost 4,000,000 refugees, fleeing from Russian bombardment of civilian areas, in Ukraine.

Vladimir Putin, President of Russia wants to redraw the territorial map of Europe to re-establish the territorial. Physical space of the former U.S.S.R. (Union Of Soviets Socialists Republics). Tragically, he orders his gigantic, military machinery, to invade Ukraine.

“Begin nothing before, first considering, what the end will be”. “Putin will not achieve his objectives”. Hence, NATO must modify its charter, and admit Ukraine into “The New

Framework Of Nations”. Thus, fight fire with fire”, by tactically, unleashing the collective military fire power, of the new alliance on the Russian invaders. “Western ideology offers freedom, and democracy, with a stated mission to oppose autocracy. That will cause to occur unity, harmony, and ultimately, to save humanity”.

Putin is bluffing, regarding the deployment of tactical or long range nuclear weapons, as amplified, by him, and through his foreign minister, Sege. Lavrof . President Ronald Reagan’s Doctrine: “A nuclear war cannot be won, and therefore, it must never be fought”. Vladimir Putin has used biological, and chemical weapons, in the past, in Serea.

Hence, he will not negotiate, with reference to a peaceful cease fire. He will unilaterally, stall for time, to accomplish the demolition of the country of Ukraine, and subjugation, of its people. Vladimir Putin has underestimated the will, determination of the Ukrainian people. Hence, his threats to deploy tactical nuclear weapons have embolden the Ukrainian military to gallantly, fight the Russian invading forces. Putin has no humanity, and no empathy, for the human kind. Putin, as President Biden has described him, “as a butcher”, as his war machine slaughter the population. The action of this “bad actor Putin” does not deserve to be on the world stage, nor a member of any world organization, such as The G 7, or The World Economic Forum, etc. Hence, the impact of The United Nations’ isolation, coupled with international economic sanctions on Putin’s regime, will be devastating for the Russian state, and peoples.

President Volodymyr Zelenskyy, of Ukraine addressed “The Congress Of The United States, on March 16th, 2022, virtually. He received a “standing ovation” before, and after his personal, and powerful video presentation, to a packed House of the “members Congress”. He appealed, in his presentations to the members of Congress, but more importantly, to the President Of The United States, Joe Biden to do more, and accomplish these specific objectives: 1. The repeated request for the establishment for “a no fly zone, over Ukraine”. 2. Aircraft bombers. 3. Anti-air craft missile batteries. 4. more tactical military equipment, etc. The expectation is to “fight fire with fire”, with reference to save humanity, democracy, and American superiority, as the leader of the “free world”. The video demonstrates the destruct military might, of the invading Russian, and the devastating impact, on Ukrainian civilian population, infrastructure, and military instillation. Additionally, the far reaching implication to not only the afore mention specifics, but also, the Ukrainian economy, and indeed the world’s, including global stock markets.

The City of Mariupol is mercilessly bombed, and to the extent, it is reduced to rubble. Kyiv, the capital city of Ukraine is under heavy bombing, from the air, and ground forces.

Many other cities are under attack, from the Russian invading forces. Thus, the fear of dying has forced over 10,000,000 people to seek refuge in far flung places, such as United States, and elsewhere.

Millions of Ukrainians are being denied the three basic needs of humanity, such as food, shelter and clothing. It is quite appalling and inhumane for people to be deprived of three basic needs. Thus, the agony of those who are forced to flee, without food, abandoning their shelter, with the one suite on their backs is quite devastating.

People, their homes, their children, and their pets are in great danger of destruction, and displacement, as the bombardment of Ukraine continues.

Children, and their future hang in the balance, with the indiscriminate shelling of hospitals, apartment buildings, private homes, shopping centres, schools, etc.

The fear of dying from injuries, arising out of the military conflict, citizens of Ukraine are forced to accept the idea of living in remote areas of Russia. Consequently, those who are forced to go and live in distant Russian areas are forced to work for three years without compensation. The fear of uncertainty, regarding the future, and the frightening possibility of concentration camp experiences are quite troubling.

Defensive Ukrainian military position is critical to the preservation of the territorial integrity, and sovereignty of Ukraine. However, it is equally important for Ukrainian armed forces, to tactically, go on the offensive. Hence, the Russian ground forces, in the north east of Kyiv have been push back. Additionally, a Russian warship has been attacked, and set a blaze, in the southern Port Of Berdyansk,

China must guard its geopolitical capital. Hence, it must live up to its creed. Thus, it steers clear of Vladimir Putin of Russia, and its call for military assistance, regarding its aggression toward the people, and the country of Ukraine.

Xeging Ping, as the chairman of the Communist Party, and leader of The People’s Republic Of China must not become a Putin’s puppet, and his partner in crime, on the people of Ukraine, and most importantly, against humanity. Therefore, he must sharpen his focus on his country. The awareness of China, regarding the unity of NATO must be noted. Therefore, the comprehensive military assistance, that Putin has requested of China, must categorize/recognize it as “intentionally criminal”. In this regard, the potential crime and the criminal court, in The Hague, must not abdicate its legal responsibility toward China.

China must become fully aware, of the unparalleled destruction caused by the Russian invading forces. They wreak havoc, not only on men, women, children, farm, and domestic animals, but also the infrastructure, such as road, water, electricity,

Telecommunication, and cable vision systems, in the city of Mariupol, and elsewhere, in Ukraine.

World War 3, in earnest, would be ushered in if you help Putin. China must realize that  Russia’s global power has been declining, and in this regard, China cannot, and should not, assist Russia’s military blunder, against the citizens of the modern world.

China is in the crosshairs of The United States, and in its line of fire, regarding the “sanctions” against Russia. Hence, China must calculate the ramifications of the

“sanctions” on its economy, but more importantly, on its people. Therefore, China must maintain a position of neutrality. The “sanctions” that forced the Russian stock market to close, for a month will be levied on China’s. Consequently, “neutrality, with reference the conflict might prevent the closure of China’s stock market”.

Mercilessly reduced to rubble, by artillery fire, is the city of Mariupol. So, too, was Rotterdam, in Holland, during World War “2”, by German invading forces.

To rebuild the infrastructure of Miriupol, and the rest of Ukraine, it would require international monetary, assistance, amounting to over one hundred and fifty billion ($150,000,000,000.00) dollars.

Instability is looming globally, and The United Nations as a world governing body has an obligation, to be lazar focused on unfolding events, such as the Russian fuel pipe line. Potentially, the pipe line is to supply fuels throughout Western Europe. However, the potential contracts were abandoned, after Russian armed forces invaded Ukraine. The Western Alliance, influenced by United States sanctions against Russia refused to accept Russian oil, gas through its pipe line. Hence, the economic sanctions have far reaching implications/ramifications, globally, but more importantly, locally, with reference to fuel price, food, shipping costs, etc.