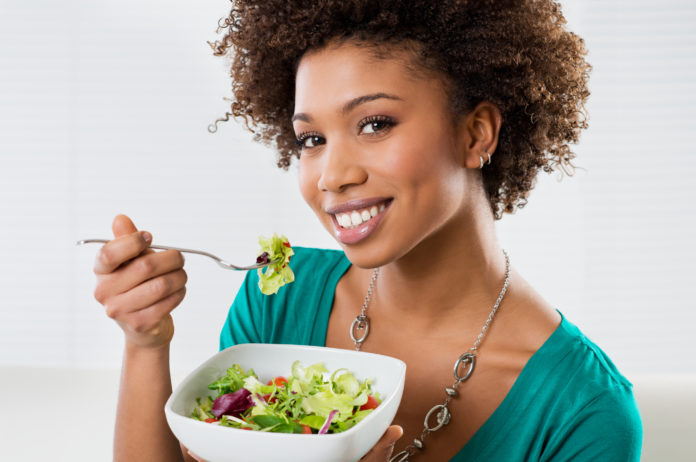 Basseterre, St. Kitts – This year’s Caribbean Wellness Day and Week, which is being held under the theme “Securing a Generation through Healthy Eating and not Smoking,” is zeroing in on the health and well-being of the youth of the Caribbean.

Appearing on the radio-television show “Working for You,” Wednesday, Dr. Hazel Laws, chief medical officer (CMO), said that youth between the ages of 15 and 30 are being targeted to prevent premature deaths. Two of the major risk factors for NCDs in youth are smoking and unhealthy eating.

“These are the younger [people] who will be maturing and becoming middle aged and older adults over the next 30 to 40 years, and so we want to help them adopt healthier behaviors and healthier lifestyles so as they mature, the risk of them developing NCDs will be reduced,” said Dr. Laws.

She explained that based on World Health Organization (WHO) data, about 15 million of all deaths that are attributed to NCDs are premature. This means they occur between the ages of 30 and 69 years, she added. Of these premature deaths, 80 percent occur in countries like St. Kitts and Nevis.

“So, this year we want to focus on our younger [people],” said the CMO. “In our federation, based on the last census, 25 percent of our population falls within this age band, 15 to 30, and we want to zero in on these to help them develop healthier lifestyles. As they mature, their risk of developing a NCD will be reduced and we will be preventing premature deaths in our population.”

Dr. Marissa Carty, NCDs programme coordinator in the Ministry of Health, also appeared on the show, giving a background as to how Caribbean Wellness Day and Week came into being. She said that in 2007, the CARIOM heads of government met for a summit in Port of Spain Trinidad. During this summit, the group discussed the impact of NCDs on the Caribbean region.

“The aim of the summit was to unite the CARICOM member states in order to stop the epidemic of NCDs, which was ravaging the Caribbean region, and still is,” she explained.

Some of the commitments that they signed on to were establishing plans within the Ministry of Health for screening for chronic diseases and establishing activities and strategies that would help to decrease the burden of NCDs within the member states.

Out of the summit, the members signed on to the Port of Spain Declaration for NCDs. To commemorate the summit, they established Caribbean Wellness Day, Dr. Carty further explained.

“This is a day that is celebrated on the second Saturday in September every year since 2007,” Carty said. “However, on a global scale, in 2011 the United Nations held a high-level meeting specifically to discuss NCDs, which was one of the first times they had taken that interest. Out of that discussion, they came up with the global action plan against NCDs. To commemorate that event, the Pan American Health Organization (PAHO) established Wellness Week, which is the week following Caribbean Wellness Day.”