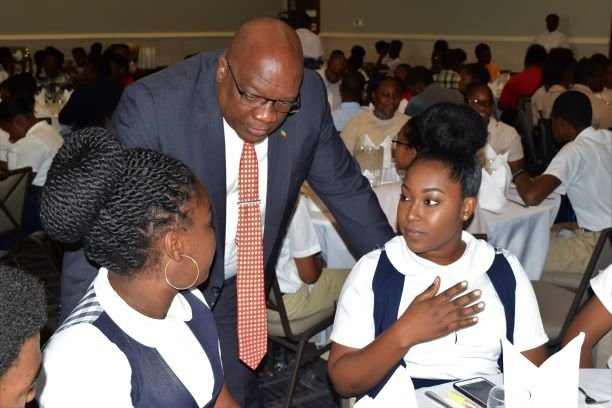 Young people between the ages of 15 and 35 are invited to the Second Annual National Consultation on Youth, which will take place at the St. Kitts Marriott Resort from 9 a.m. to 1 p.m. Friday, to be part of a dialogue with Prime Minister Dr. the Honourable Timothy Harris and his Cabinet as they present their vision and ideas for a stronger, safer future for the country and its young people.

Presenting at the highly anticipated event will be Dwane Tyson-Hendrickson, CARICOM Youth Ambassador for St. Kitts and Nevis; Tishon Thomas, Co-founder/CEO of SKN I.T. Solutions, and Neisha Tweed Bell, Creative Strategist at Facebook, who will present via video.

Neisha Tweed Bell has been employed by Facebook for nearly five years and graced Essence Magazine’s ‘Woke 100 Women’ List in 2018.

Tishon Thomas was selected by the U.S. Department of State into the 2016 Class of Young Leaders of the Americas Initiative (YLAI) Professional Fellows Program, and was publicly recognized by U.S. Secretary of State Mike Pompeo during his visit to Jamaica in January while speaking on expanding America’s commitment to the Caribbean.

“I want to tell you about Tishon Thomas, who grew up in an orphanage in St. Kitts and Nevis,” Pompeo said, adding: “At age 13, he found his passion for technology…He went on to work for some of the biggest companies in St. Kitts until he realized he could be his own boss.  The United States’ Young Leaders of the Americas Initiative helped him expand his IT business and to double his staff.  Thomas’ big dreams aren’t so different from those of another orphan from St. Kitts and Nevis — Alexander Hamilton, one of the American founding fathers.”

Dwane Tyson-Hendrickson is a graduate of the class of 2018 from the University of the Virgin Islands.  He holds a bachelor’s degree in business administration with a concentration in accounting.

Prime Minister Harris and his Cabinet colleagues are celebrating five years of leadership this month with a wide-range of activities under the banner “Team Unity 2020: A Stronger, Safer Future.”

Questions and comments are welcome in advance of the Second Annual National Consultation on Youth.  The email address to contact is cabinetyouthforum@gov.kn.