AG: ‘Momentous judgement in Motion of No Confidence cases lays foundation of democracy’

“It lays down the rule of law as it should be in our country,” he said. “If a Motion of No Confidence is brought to the floor of this Parliament, it should be debated. We should not be held captive by a government that is not properly constituted.”

The two civil cases, which considered the same issues, sprang from Dec. 11, 2012, when the then-leader of the Opposition, the Hon. Mark Brantley, lodged with the clerk of the National Assembly a Motion of No Confidence in the Dr. Denzil Douglas-led administration.

On Nov. 7, Justice Lanns comprehensively found in favour of the six claimants, granting six reliefs consisting of five declarations along with an order for the defendants to pay costs to the claimants due to her finding that “where, as in this case, the speaker failed to facilitate the process by listing the motion for debate, and vote, then he is in violation of the rights conferred by section 52(6) of the Constitution of Saint Christopher and Nevis…”

This month’s judgment by the High Court Justice of St. Kitts and Nevis is “a vindication” of the six claimants, the attorney general said today in the Parliament.

The court finds that, “every elected member or elected representative in the National Assembly has an implied right under section 52-(6) of the Constitution of Saint Christopher and Nevis to bring a motion of no confidence, and to have that motion listed, debated and voted on without undue delay and within a reasonable time.”

Lanns further notes in her judgment that, “…this court has jurisdiction and that the rights which are implicit in section 52-(6) had been violated by the failure of the speaker to schedule the motion of no confidence for debate, and to be voted on without undue delay and within a reasonable time of the motion being handed to the clerk, or sent, or left at the clerk’s office. Finally, I conclude the court has jurisdiction under section 96 of the Constitution to grant relief for that violation, and that the claimants are entitled to the declarations sought, except those which the claimants are no longer pursuing because they are now academic.” 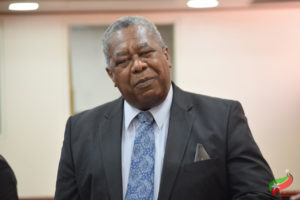 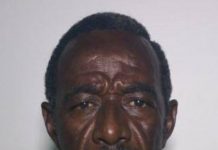