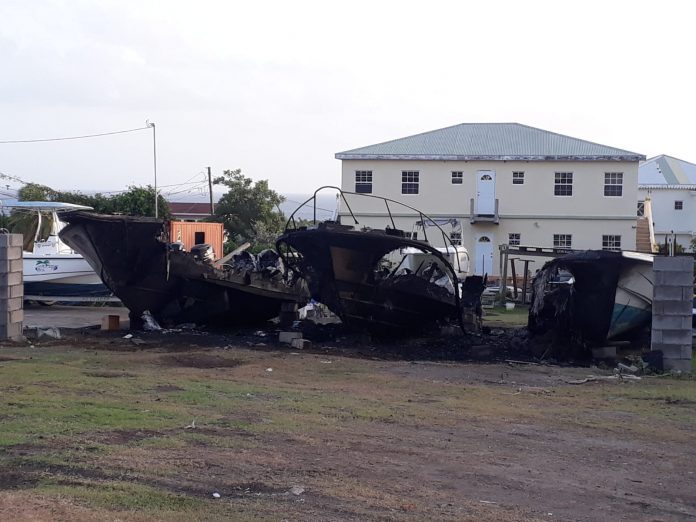 Four of the Islander Watersports boats on Monday morning caught on fire in what is being described as arson.

Sometime after 2:00 am in Newcastle, three boats that were stationed in an empty lot across from Winston Perkin’ s home, owner of Islander Watersports, went ablaze. According to a witness, the fire department was called but took some time to report to the fire because a fourth boat that was parked at the Oualie water taxi pier owned by Perkins had also caught ablaze.

The Fire department arrived on the scene in Newcastle and made attempts to control the fire. However, the three boats were completely destroyed.

The Observer called the fire department in Nevis but was told no information available at the time as they are currently on the scene. More to this story as it comes available