Local media were barred from entering the Basseterre Magistrate’s court where a hearing for businessman Alkivaides, “Alki’ David on charges of drug importation, possession and intent to supply was being heard on Tuesday morning.

Media were denied entrance to the court by a court employee and told to go outside the building. When an The Observer journalist questioned why the media was being denied access to the court he was not given an answer and was physically pushed out of the building by the employee.

Later, when questioned again about why the court was closed the court employee said only that it was because of a “P.I”, a preliminary inquiry. No further information was given.

David arrived at the court shortly after 9am wearing a t-shirt, purple Bermuda shorts, flip-flops and a grey blazer. After being advised on the court’s dress code he left, quickly swapped clothes with an associate and returned wearing blue jeans.

Evidence was taken in to the court house by the authorities including a small tray of what appeared to be cannabis seedlings and a plastic bag containing an item wrapped in tinfoil.

Shortly thereafter at about 9:50am, David was led out of the courthouse in handcuffs and taken away in a police vehicle.

David was arrested on May 9 and appeared for a bail hearing the following day. He was released on cash bail of $30,000, $50,000 in two sureties, ordered to surrender all travel documents and ordered to report to Frigate Bay police station daily.

The charges stem from an incident on May 7 in which he was detained at Robert L Bradshaw airport attempting to import cannabis seeds, plants and products after arriving on a private plane.

David has denied the cannabis plants and seeds are illegal. He has said he brought them the plants here to make deals with local farmers to supply his legal cannabis business, Swissx. 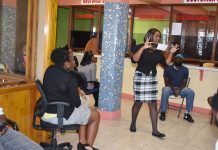 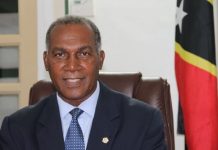 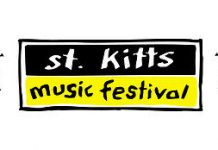