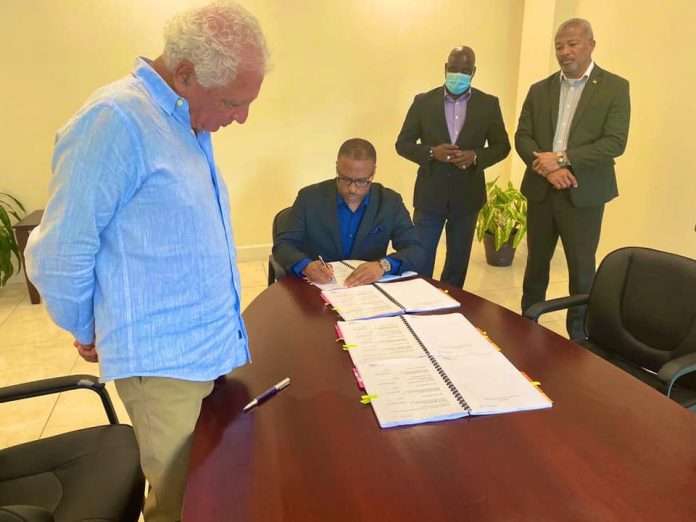 Premier of Nevis and Minister of Tourism Hon. Mark Brantley has revealed that there will be a new hotel coming to Nevis, but says he will “leave the details until a later time”.

This past week, Premier Brantley said he was “happy to sign deal for luxury One&Only Resorts in Nevis after lengthy negotiations. We look forward to the start of construction this year.”

According to the One&Only Resorts and Private Homes website, the resorts and hotels “are havens of outstanding style and service that place you in the heart of every fascinating environment. With incredible tailored experiences across beach, nature, and urban locations, and spectacular spaces to simply ‘be’; unforgettable moments begin at One&Only”

A location in  Portonovi, Montenegro will be opening in March this year,  while Kéa Island, Greece and Za’abeel, Dubai will also be opened soon

The Observer contacted Premier Brantley who said that he will reveal more information about the new, proposed hotel at his monthly press conference. He further stated that he was “not saying too much, as the developers and the hotel brand want to handle the announcement”.

This new development will join some 26 others that have been proposed for Nevis since 2011, including two for St. Paul’s; nine for St. Thomas’; 12 for St. James; two for St. George’s and one for St. John’s.

One of the more recent developments being planned is the US$160 million project in St. James, that will be the Wyndham Hotel Group, the world’s largest hotel company, based on number of hotels, and one of three hospitality business units of Wyndham Worldwide

Phase one of the two-year project and construction was proposed to begin in mid-2017. The resort is expected to have 170 suites, condominiums and villas ranging from 900 to 5,100 square feet; a private beach club; five dining areas; infinity pools; more than 10,000 square feet of meeting space; a spa; and more. This project has not begun as yet.

The Observer has learned that the hotel will be constructed at Indian Castle that
was supposed to be the Aman Hotel, but it seems like Aman Resorts has backed
out.

This publication has learned that they plan to begin construction in August, and
part of the deal is that the government is putting up the land. Colin Dore and Wakely
Daniel are government representatives on the company’s board.