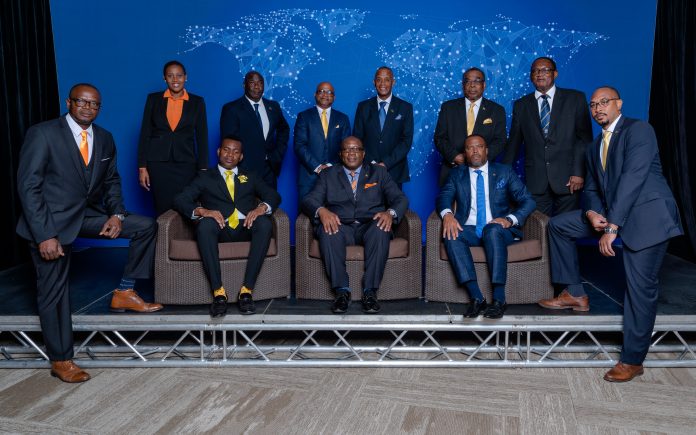 The Team Unity coalition, led by Dr. Timothy Harris, recorded a decisive nine-seat victory in the June 05, 2020 General Election, as the majority of the electorate clearly voted for the stronger, safer future that, in their opinion, only Team Unity could deliver for the people of St. Kitts and Nevis.

Dr. Harris, who was resoundingly returned by the people of Constituency #7, has thanked the people of that Constituency in particular and the people of St. Kitts and Nevis in general, for once again reposing their trust in the tripartite coalition to the govern the affairs of the country, this time with an even greater mandate.

He noted that Friday’s electoral outcome is a clear indication that the policies and programmes introduced over the last five years that have positively impacted the lives of all citizens and residents and positioned the Federation as the best managed small island state, resonated well with the majority of persons in St. Kitts and Nevis.

In its second term, the Team Unity coalition has pledged to continue to build on the progress made over the last five years by investing heavily in agricultural development, housing, improving the already strong relationship between the Federal entity and the Nevis Island Administration and further advancing the good governance agenda.

Dr. Harris also commended his political running mates of the People’s Labour Party, the People’s Action Movement (PAM) led by the Honourable Shawn Richards and the Concerned Citizens Movement (CCM) led by the Honourable Mark Brantley on being duly elected by the people, and for their commitment and willingness to continue to serve in the best interest of citizens and residents.

He said he is particularly pleased that the people of St. Kitts and Nevis not only returned the majority of the Team Unity candidates who successfully navigated the development of the twin-island Federation in just five short years but also for strengthening that team by voting in favour of several new candidates to serve at the Federal level.

The veteran politician was also in high praise of his fellow PLP candidate, Mr. Kevin “Ninky” Williams, for his poise and commitment to the people of Constituency #6, and for mounting what can be viewed as a successful campaign in what was his first outing as a political candidate.

According to political observers, Team Unity’s strong performance was due to Harris’ astute leadership. They said, “coalition governments usually lose ground in a second election, but in this case, Team Unity has gained ground. “They continued: “Harris’ strong fiscal policies, the sharp decrease in violent crime, and his compassion for the people of St. Kitts and Nevis, have skyrocketed his favorable ratings among fellow Kittitians and Nevisians ”

The experts were making references to how St. Kitts and Nevis paid off the IMF debt, recorded annual surpluses, and bought back land that was alienated in the land for debt swap.

St. Kitts and Nevis now ranks among the safest Caribbean countries following the government’s ability to offer gang leaders a better livelihood,  which has resulted in a dramatic decrease in violent crimes.

For the first time in the nation’s history, households making less than $3000 per month got a $500 per month assistance from the government.

The government was swift to offer more than $120 million of help during the COVID-19 pandemic.

Speaking to persons attending Team Unity’s motorcade both in Nevis and St. Kitts on Saturday, The Observer asked them why they thought that Team Unity did so well in this election, and the overwhelming reply was because people believe in the vision of Prime Minister Harris.

Two close friends from St. Thomas’ parish in Nevis told the Observer that their family are strong Nevis Reformation Party activists, but this time around was different.  They said, “We agreed as a family to support Dr. Harris and so we voted for Dr. Harris”

A young man from Charlestown told us that his family never noted for CCM before, but wished to see Harris continue as Prime Minister, so they voted for Mark Brantley.

A small group of middle-aged men in St. Paul in St. Kitts, told the Observer that they thought Kevin Williams did so well in St. Paul because he was one of theirs, but most importantly, “he ran with Timothy”.